The international conference ODESA OFFSHORE CONFERENCE 2021 on oil and gas exploration and production on the shelf and land of Ukraine brought together service, trading and production companies together for two days. The speakers and delegates had the opportunity to gain new contacts and share their ideas.

The event was supported by the largest mining company Ukrgazvydobuvannya, the Norwegian-Ukrainian Chamber of Commerce and Industry and other industry leaders.

It is worth mentioning that the 3D seismic of the Black Sea by Norwegian PGS commissioned by Naftogaz has just started. As a result, the company will move to geological research in the coming months, it is also known that a restoration work is planned on Yuzivska Square and construction of new wells  is supposed to begin at the end of this year. The Naftogaz will launch the first Ukrainian gas investment congress in October this year. The Ukrainian oil and gas industry has great potential and the international  business is interested to operate in this sector. The transformation of this industry was discussed for two days at the ODESA OFFSHORE CONFERENCE 2021.

The first session was opened by Olga Yurchenko, Representative of the Supervisory Board of the RDA of the Odesa region. Speaker Oleksandr Romanyuk (Naftogaz Ukraine) spoke about strategic directions of gas development and production. Gas reserves under the development of new shelves can reach 300 billion cubic meters, which is more than in any country on the Black Sea coast. However, without the involvement of powerful overseas partners, it is impossible to implement the  offshore production.

In her speech, Yulia Bozhemska (DTEK NAFTOGAS) shared PSA projects in Ukraine in the development of the gas industry, which firstly were implemented 20 years ago, but were not completed. According to her, the PSA project may be the most effective mechanism than the purchase of mining licenses at auctions.

Igor Franchuk, former director of Chornomornaftogaz, spoke about the organization of work on the shelf of the Black and Azov Seas, and Volodymyr Dolnyk, upstream columnist, NAFTORINOK, cited offshore projects in the Black Sea region: Romania, Turkey, Bulgaria, Georgia, Georgia and Georgia. After his presentation the experience of other countries in offshore projects in terms of the future of Ukraine was considered.

The second session entitled «Geological studies and promising areas of exploration within the south of Ukraine» began with an introduction to the current state of reserves of the Southern oil and gas region by independent expert Mykola Kharchenko.

Myron Firman, Chief Geologist of PJSC Ukrnaftinvest Research and Production Concern, stated that a new stage of exploration work is being implemented in the Danube Paleozoic Depression in the Odesa Region.

Mykhailo Machuzhak, chief geologist of Ukrgazvydobuvannia JSC, commented on the previous speaker’s conclusions: are there any prospects for oil and gas potential in the Southern region? Kemal Hekimoglu, geologist, spoke more specifically about gas logging technologies for collector assessment.

The third session was dedicated to the drilling and service market. The moderator was Gennady Kobal, ExPro Consulting. Over the course of two days of ODESA OFFSHORE CONFERENCE 2021, Victor Pagels of Singapore-based Bluewhale Offshore shared useful case studies of offshore drilling and offshore mining infrastructure solutions. The specialist used the data directly from his experience, which is very valuable. Orhan Salmanov, Deputy General Director, Integrated Drilling Trust, SOCAR, presented complex drilling works. Petro Gorobets (Chornomornaftogaz) demonstrated the development of the Strelkovo field on the shelf of the Sea of Azov.

The last events of the first day in the format of socials conference took place in Hotel M1, during which the representatives of embassies, public authorities, various Ukrainian and foreign experts, traders, representatives of private mining companies, servicemen, and drillers had an opportunity to find potential business partners.

The second day of ODESA OFFSHORE CONFERENCE 2021 began with the fourth session «Formation of technological base and infrastructure development». The moderator was Petro Bilyan (EnergoBusiness). Speaker Yaroslav Petrov, a partner of Asters, spoke about offshore wind energy in Ukraine, and Stanislav Kazda (Regional Gas Company) spoke about the prospects for hydrogen.

Vyacheslav Movchan (UK Engineering), the representative of the Austrian company AVL in Ukraine, revealed the company’s experience in hydrogen-energy transformation projects in different countries, and developments in the strategic planning of H2 projects. Matthew Monteverde (Argus Media, UK) explained his vision of transforming the European gas market: LNG supply and new pipelines. Adrian Prokip, the Ukrainian Institute of the Future, expressed his expert opinion on the expectations of the European gas market.

The fifth session on energy product trading was launched by David Robertson (Energy Exemplar, UK) who spoke on pricing forecast. Mykhailo Svyshcho (analyst at ExPro Consultin) commented on the Ukrainian gas market as follows: «Natural gas in Ukraine has been trading lower than in European hubs for a year now.» At that time, Sergei Pereloma (JSC «Ukrtransgaz») estimated that during the previous season of gas extraction (October 2020 — April 2021) foreign companies cleared or removed from the «customs warehouse» 5.5 billion cubic meters of gas, of which 5 billion companies sold in Ukraine and 470 million cubic meters were re-exported to Europe. The situation during the gas injection season in 2021 is similar.

Inna Shcherbyna, a representative of the Ukrainian Energy Exchange, described the CE UEEX experience in the development of exchange trade in energy products. And Olga Babiy (member of the National Commission for Regulation of Economic Competition) shared her vision of state regulation of the gas and electricity market.

Andriy Prokofiev, head of the company’s business development department, spoke about how the GTS Ukraine Operator is actively working to expand its capacity to increase its natural gas supply to Ukraine from various areas and sources. «In general, OGTSU expects to increase the available import capacity to 125 million cubic meters per day in the medium term».

The  speakers of the second day of the conference were Dmytro Sidorov and Vitaliy Kornienko, who summed up the influence of European markets on the Ukrainian electricity market.

Thus, at the conference, old and new personalities of the oil and gas industry witnessed the huge potential of the new investment market for the global business community in Ukraine. 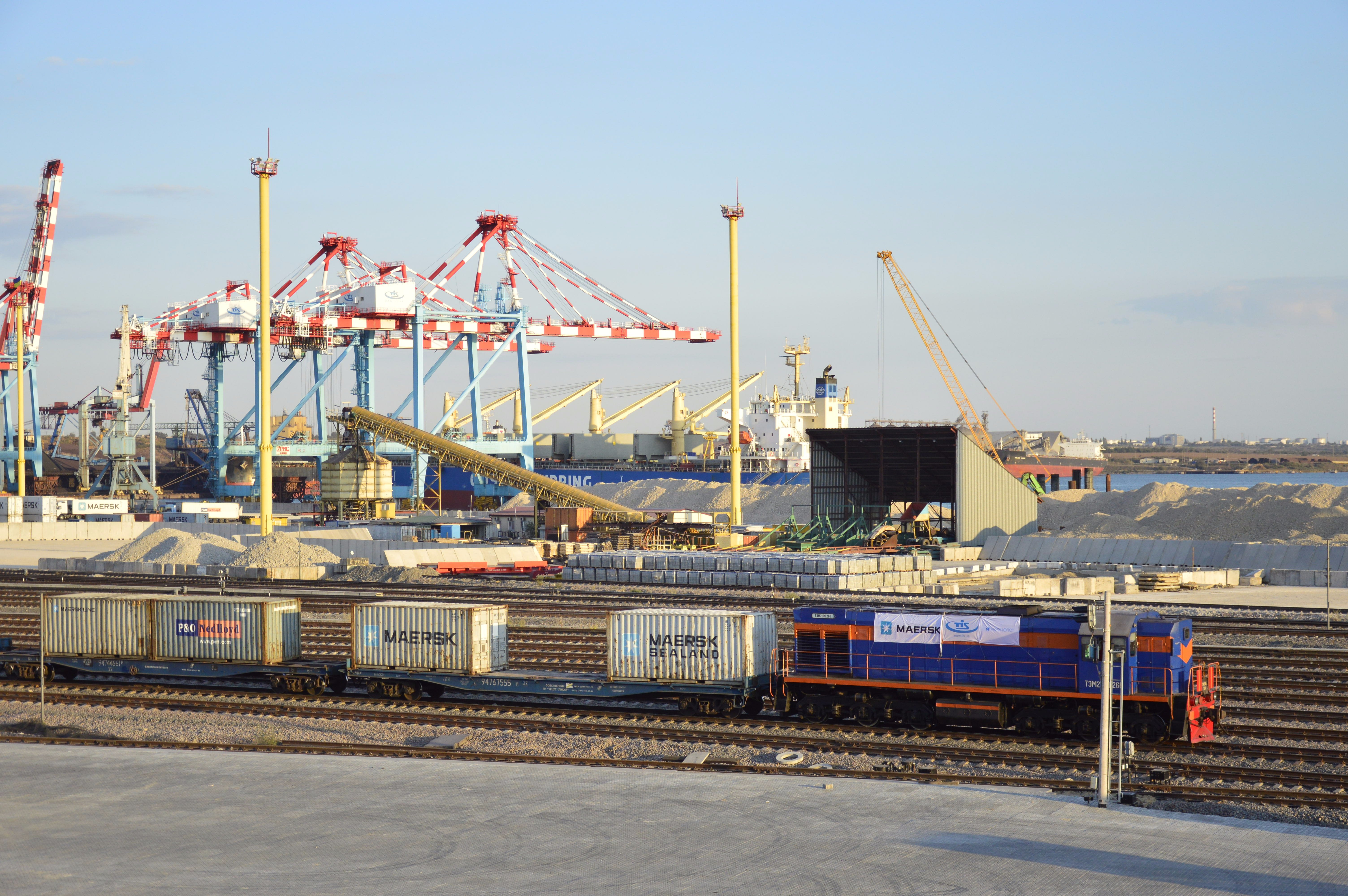 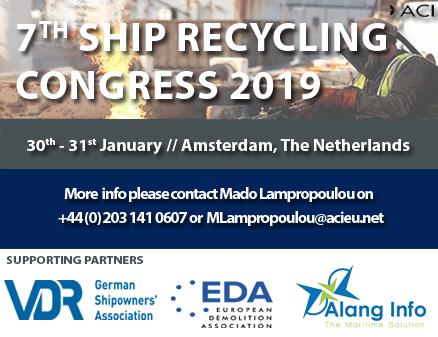 Ukrport Association: will the Maritime Administration become the flagship of the industry reform?
14 февраля 2018 zyukov

Vladislav Kitik, Special correspondent The accounting meeting of the Association of Ukrainian Ports Ukrport coincided with such an important economic event for the country as…