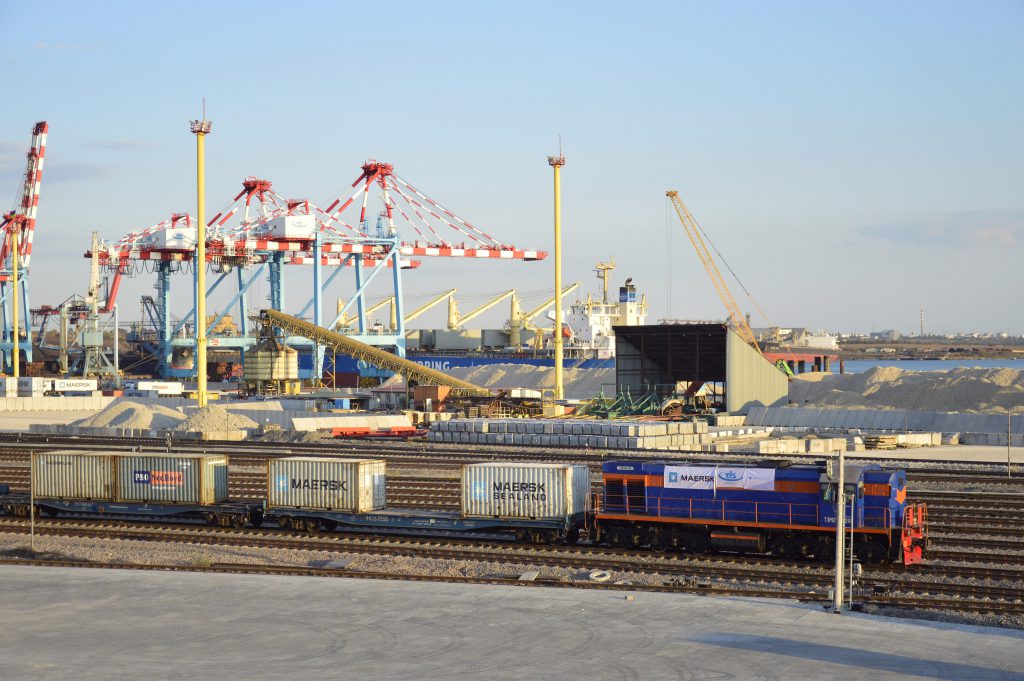 Railway transportation of containers, is faster, more reliable and more profitable than the automobile one. European ports have been using this  advantage for a long time, Ukrainian ones are actively trying to keep up with the world trend. So, the largest stevedoring company “Transinvestservice” (TIS) officially launched a weekly round container train between its container terminal and the Dnipro river port.

The distance of 630 km, from the port of Yuzhny, where TIS operates, to Dnipro the train overcomes in 19 hours, which is four times faster than the time of standard deliveries by rail. The total time for loading and unloading containers from railway platforms, as well as sending and receiving trains in both ports is less than 24 hours, which is three to four times faster than in other Ukrainian ports.

TIS, the largest stevedoring company in Ukraine (for first six months of 2017 the TIS processed 20% of all sea cargo passing through Ukraine, which in terms of tons is more than 13.5 million) includes five modern terminals for the reloading of grain, mineral fertilizers, coal, ore and other cargoes. Among them there is TIS Container Terminal (TIS-CT). The terminal was launched in 2009, at the height of the general economic crisis. The project was aimed at the future and, as time showed, proved to be fruitful.

Three modern and powerful container reloaders allow to serve the  ships with a capacity of up to 13,000 TEU and, in the shortest time, the total capacity of the TIS-CT is about 450,000 TEU per year. 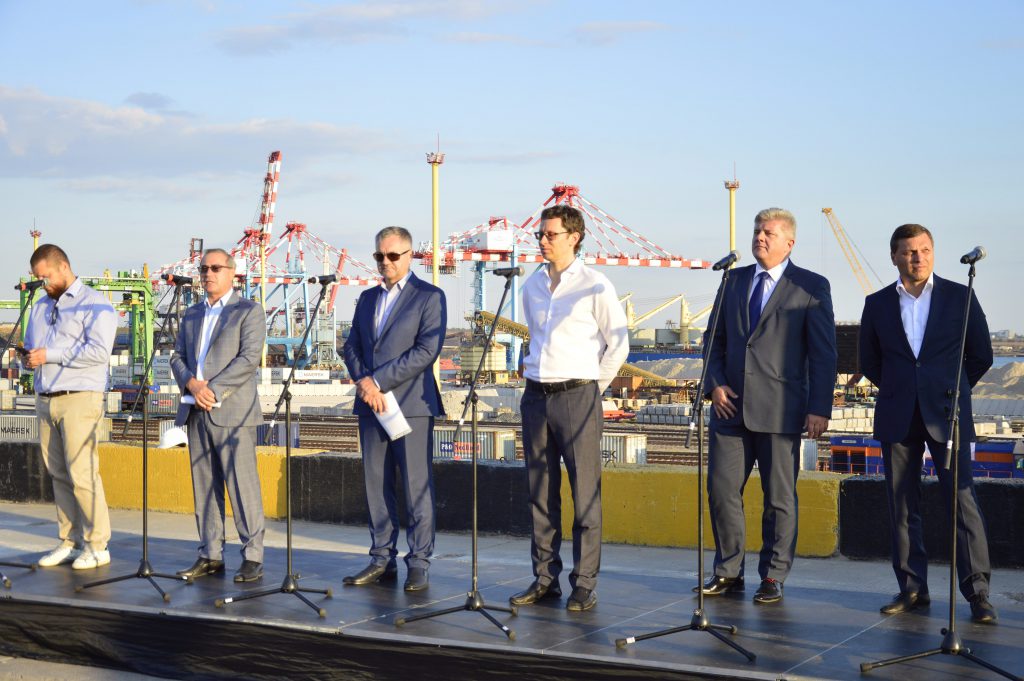 The railway station is one of TIS’s large-scale investments in its own development.

“This is the largest private railway station in Ukraine,” the CEO TIS Andrey Stavnitser said. — For a year we process 350,000 wagons – by own 30 locomotives.

“Over the past two years we have invested about 53 million dollars in the railway,” Andrey Stavnitser stated. – And this is our main trump card. We, unlike other ports, are actively developing this direction, since loads on automobile axles limit the transportation of cargo by road, and the river, unfortunately, is not developed.

A new container train is a joint project of TIS, Ukrrechflot and Maersk Line. To start the route on TIS-CT, 16 km of railway tracks were additionally constructed.

The project was launched in test mode in May and in early September 14 flights have already been made. Over this period of time, more than 2,000 TEU were transported. The train makes deliveries at a frequency of twice a week, the capacity of one container structure is 100 TEU. In the area of ​​the Dnipro the trains delivers all kinds of imported goods, including common consumption goods. From the Dnipro it takes the export – flour, oil, sugar and other goods.

The absence of weight restrictions is one of the main advantages of rail transport, therefore the new container express allows using the full capacity of the container (up to 29 tons), while for the Ukrainian highways the maximum allowable load should not exceed 24 tons.

“The savings in this case are about 15-20%,”s Yegor Grebennikov notes, “so I’m sure that all the heavy loads will be here.”

Now the train is transporting the Maersk Line containers, however, according the TIS-CT director, the terminal is open for other lines.

In the near future it is planned to build a similar route to Kyiv, creating a kind of railway triangle between Kyiv, Dnipro and Odessa.

Besides, TIS-CT continues to increase its own capacity.

“We built the largest in Ukraine mechanized indoor warehouse with an area of ​​7,000 square meters right in the container yard, inside the customs zone,” Yegor Grebennikov says. “In the autumn of this year, we will put into operation another 120 meters of berth No. 22, and, as a result, the total length of our container terminals will reach 600 meters.”

He also said that at the container terminal in the near future it is planned to install two more high-tech berthing container STS-cranes that will allow to unload vessels of the Capesize type with imported bulk cargoes with five cranes simultaneously with an average speed of 50,000 tons per day. 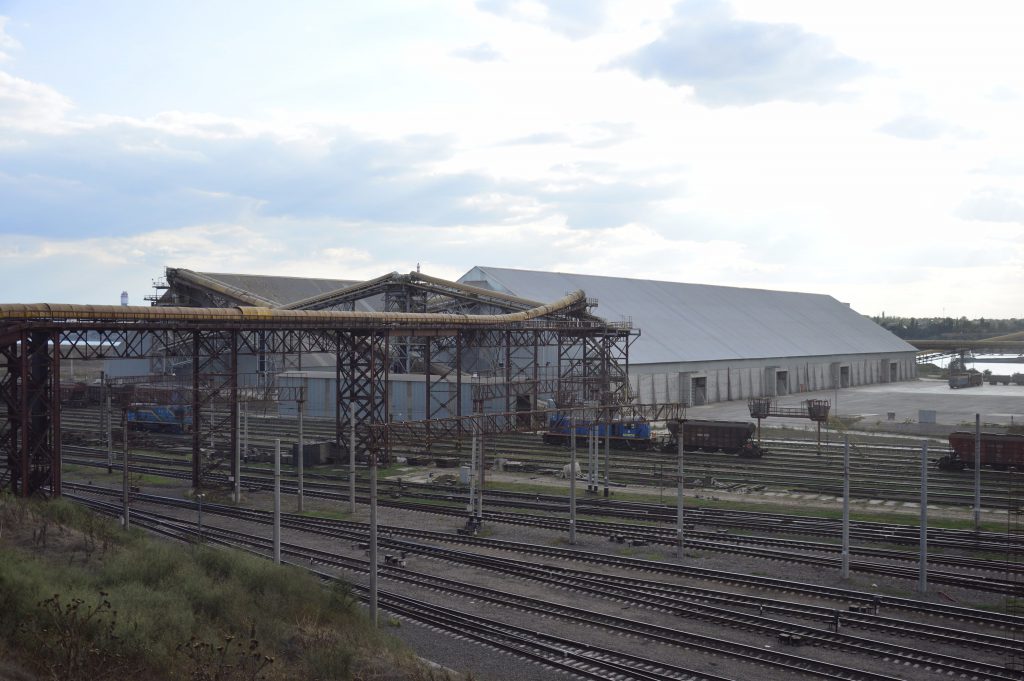 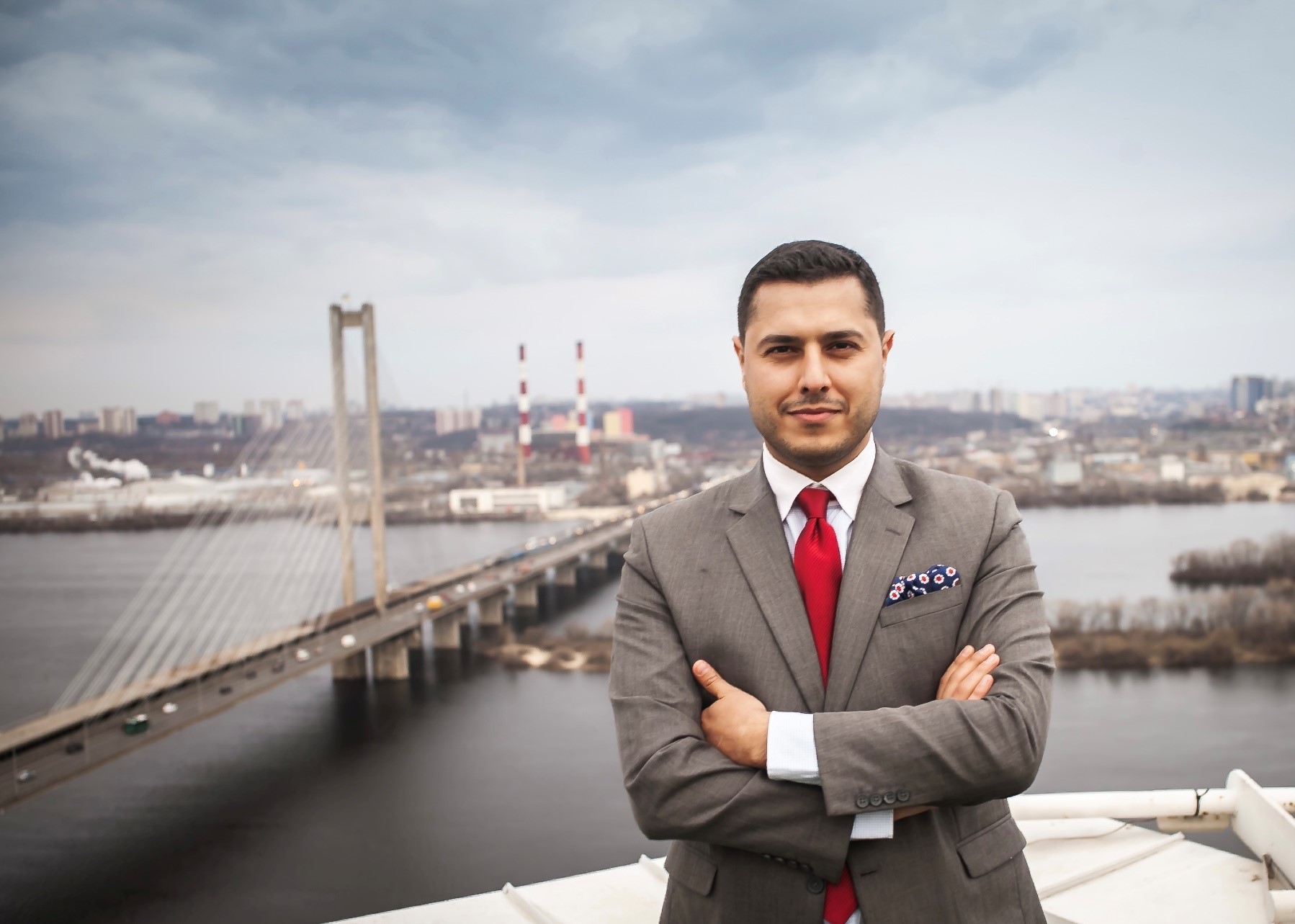 At the moment, digital technologies are being actively implemented in maritime transport. How would you explain this and which companies’ successful experiences should one refer to? 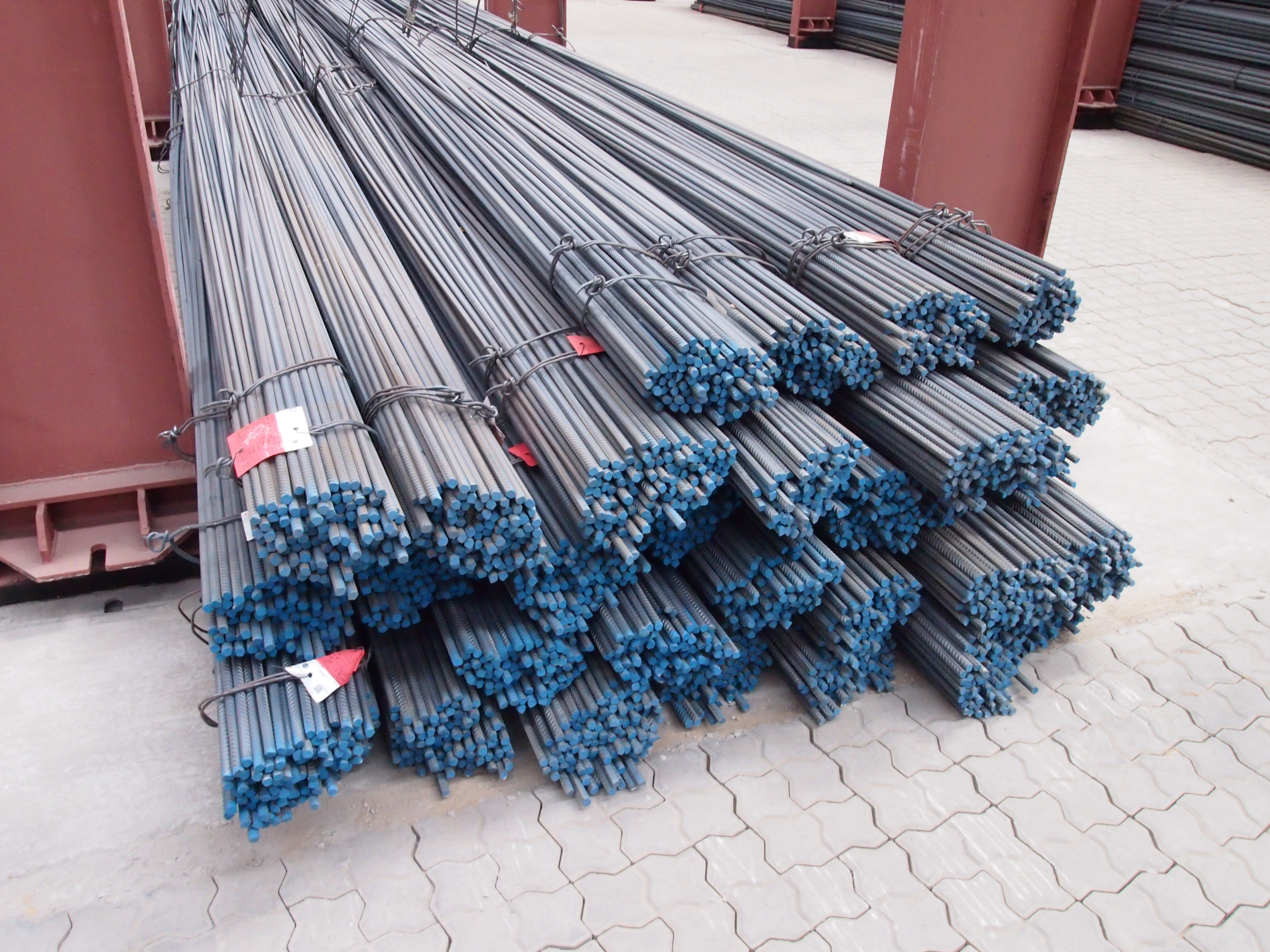 The result of the partnership between two large Ukrainian companies, the leaders of their industries – the port operator Transinvestservice (TIS) and the metallurgical… 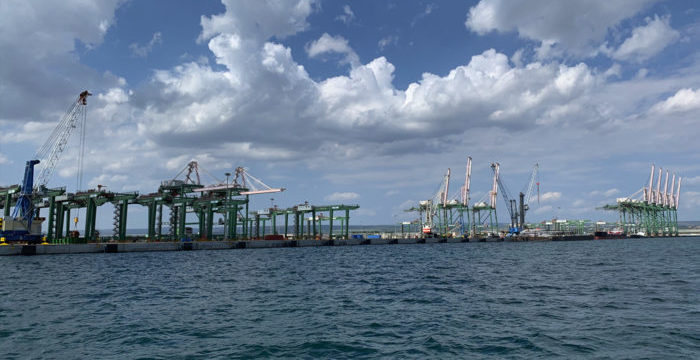 Yilport Holding announced it has signed a concession agreement with Port Network Authority of the Ionian Sea, the managing institution of the Port of Taranto…