The protection of whales in Panama Canal

The Panama Canal is to implement speed limits to protect whales, dolphins and other large aquatic mammals, during their nearby seasonal migration.

Starting August 1 and until November 30, 2019, the authority would promote the implementation of the International Maritime Organization’s (IMO) annual recommendations on speed and maritime transit that would see ships sail at a speed of not more than 10 knots in specified areas.

“These measures seek not only to protect cetaceans from collisions with vessels, but also to promote an orderly management of the ocean and its resources,” said Administrator Jorge L. Quijano.

These recommendations are included in the Maritime Traffic Organization publication issued by the IMO that aims to increase navigation safety in converging zones and areas of high-traffic density, or where the freedom of movement of vessels is limited due to space restrictions, obstacles to navigation, depth limitations, unfavorable weather conditions, exploitation of fishery resources or sensitive coastal and marine areas flagged as important for the protection of species and their habitats.

The above initiative is part of the Panama Canal’s broader efforts to incentivize environmental stewardship and includes watershed conservation initiatives, innovative water-saving basins, and other programs aimed at implementing technologies and standards to help reduce greenhouse gas emissions.

Port of Las Palmas is in the sphere of interest of MSC and APLP
17 May 2019 165
The world’s largest single seizure of the drug
8 July 2019 81
Indian, Turkish, Azeri and Bangladeshi sailors have been on hunger strike for the third week in Shuaiba port, Kuwait
23 January 2021 40
Yilport Holding inks 49-year concession for port of Taranto
2 September 2019 182
SpaceX plans to roll out Starlink broadband for trucks, ships and aircraft
10 March 2021 22 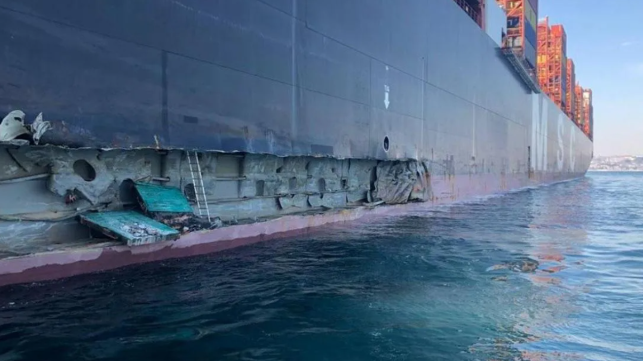 In the port of Istanbul, container ship MSC Tina was damaged due to collision with the pier
30 March 2021 Julia

On Saturday, the 19,000 TEU container ship MSC Tina damaged one of its sides in a collision with a dock in the port of Istanbul….