Nowadays the cruise shipping in the Black Sea basin experiences severe crisis. To overcome it, the ports of the region should unite and develop the unified strategy aimed at attraction of the world cruise fleet operators.

Such was the proposal put forward by Odessa Sea Port at the 52nd General Assembly «MedCruise» held in Malta in May 2018.

Odessa port is a full-fledged member of the Association of the Mediterranean and Black Sea Cruise Ports «MedCruise». Accordingly, Odessa Sea Port administration regular participates in the events organized by the Association.

Mr. Ruslan Sakhautdinov, Deputy Manager of Odessa Sea Port administration, gave an interview to «Shipping» magazine and told about participation in the 52nd General Assembly of the Association, results of business negotiations with the world cruise fleet operators and the initiatives that will enable to resume cruise shipping in the Black Sea basin.

— Ruslan Ildarovich, tell us in greater details about Odessa Port participation in the 52nd General Assembly of «MedCruise».

«Our main goal was to convey information to the tourist segment market stakeholders that Ukraine and, in particular, Odessa is a safe region which tourists from all over the world can visit. Moreover, the 2018 touristic season in Odessa proves that the protracted geopolitical conflict in the East of the country in no way influences the general cruise climate.

In the course of our presentation we declared that the port is technically and technologically ready to accommodate sea-going cruise ships and ensure high-quality servicing of passengers.

Another aim set by the port administration is to become a certain catalyst for resuming activity of the Black Sea ports in the cruise segment in order to develop a common position and joint offers for the world cruise fleet operators.» 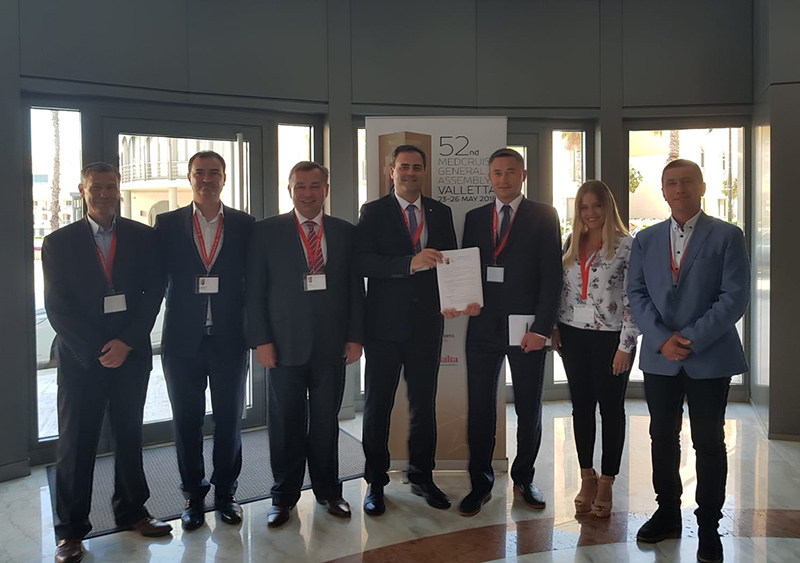 — Which Black Sea ports are ready to cooperate along these lines?

«Absolutely all Black Sea ports capable of husbanding cruise fleet are invited to cooperate: Burgas, Varna, Constanţa, Batumi, Trabzon, Samsun, Odessa and others. The majority of these ports have already expressed their intention to join the project.

Actually, this is the essence of our initiative: to join efforts of all participating ports whereto there are no calls of cruise ships now.

Tourist sphere of the Black Sea region is set to zero point now and we are telling that the Black Sea ports should join and start up this process as these ports have a great potential and possibilities.»

— In 2011 Odessa Sea Port already made similar proposal. Is the current project a new offer or a continuation of the previous one?

«In the past Odessa port arranged and held three conferences «Black Sea Cruise». Also, in June 2016 in Odessa and in the port the 48th General Assembly «MedCruise» was held.

Naturally, we consider it expedient to enhance activity along this line. The present Head of Administration of Odessa Sea Port Igor Tkachuk supports this initiative. Being a head of one of the leading ports, he intends to make the necessary efforts so as to restore calls of cruise ships at the port.»

— What are specific proposals of Odessa port?

«The initiative will be in detail discussed at the next meeting of «MedCruise» members appointed at the second decade of September of the current year.

It is expected that such meeting should take place in Odessa in a roundtable format where we plan to discuss the joint action plan with our colleagues. Currently we coordinate the date of such meeting of participants.»

— Are you talking about establishment of a kind of a tourist cluster?

«That is not the point; we are not talking about a de jure entity. Considering the problems that preclude ship calls of the sea cruise fleet in the Black Sea, we believe that the ports initiative should follow by a consolidated initiative of the states, if you like – the governments of the concerned states.

In this connection a direct participation of international organizations that facilitate development and diversification of multilateral cooperation based on principles and norms of the international law is of no small importance. They include the Black Sea Economic Cooperation Organization (BSEC).»

— What is the main problem of the absence of ship calls in the Black Sea?

«This is a geopolitical problem connected with the safety requirements with respect of ships passing through the Bosporus that are implemented by Turkey which controls the strait.

In particular, the Turkish side obligates ships to pass the Bosporus accompanied by three and, sometimes, four tugs. Financially, it means about USD 90,000-100,000. Accordingly, it nullifies all efforts of cruise operators to make their way to Odessa port.

Still sooner or later the situation will change and we are sure that this problem should be talked about and the Black Sea states are to consolidate and find common solutions.»

— By January 2018 Odessa port received 19 requests from river cruise operators only. Has the situation changed by now?

«The ship call schedule is being prepared in advance therefore, as a rule, no essential changes in the process occur.

As regards requests for river-sea ships, the dynamics of river cruises is positive. Specifically, as of July 1,526 tourists who arrived by ships have visited Odessa port.

Moreover, if we take into account the fact that the tourists aboard these ships are citizens of the EU and USA, we believe it to be a positive signal for improvement of the situation on the whole.»

— What is a probability that the international cruise lines come back to Odessa?

«We assess this probability as a high one. At the same time it is important to understand that return of the world class cruise operators is a matter of time. Sticking to the subject, we say that in 2019-2020 «Azamara», a premium-class cruise operator service will come to Odessa. This company plans to launch a round cruise in the Black Sea with boarding/landing passengers in Rhodes and ship calls in Varna, Constanţa, Odessa, Sochi, Batumi and Trabzon.

I’ll point out tat this is a very significant signal for all other players in the market.»

— What world renowned companies are ready to resume cruise calls in Odessa?

On the whole, absolutely all cruise companies display their current interest to the Black Sea region.»

— In Your opinion, how much time is required to restore the image of Odessa as a safe and comfortable tourist hub?

«We do not need to restore our image – people know and remember Odessa port. The negotiations with representatives of the leading cruise fleet operators have no claims to the port and Odessa city.

As regards time, we have the signs that in the three years to come the situation with cruise ship calls will begin to change for the better.»

— What practical steps towards improvement of the tourist appeal have been planned by Odessa port, and what has already been done?

«The measures aimed at higher quality of port services provided both to shipowners and tourists have been permanently implemented in the past as well as nowadays.

In particular, several years ago the frontage of berths 15-16 was reconstructed which made it possible to ensure safe accommodation and stay of 300 m long modern cruise liners. By initiative of Odessa port special terms of port dues for cruise ships were granted to absolutely all ports of Ukraine. Also, internal premises of the passenger terminal were reconstructed as well as the ventilation and heating systems, etc.

The other point is that the tourist industry needs a developed logistics.»

— Are You talking about a tourist service package development?

«We are a country with a touristic potential and, therefore, should realize what advantages, including financial, Odessa will get by being a strategic point at a cruise operator’s map.

Replacement of passengers and crew in the port can become an important link in tourism development in Odessa region. Just imagine, one large cruise ship takes on board about 1,000-2,000 passengers. Boarding and landing means that quantity of passengers increases to 2,000-4,000 people. To make such operation possible, it is necessary to have a modern airport with a runway capable of receiving jumbo jets. By the way, passenger capacity of a «Boeing 777» which is not considered very big varies from 300 to 500 seats.

It is also of importance to have developed urban infrastructure – comfortable hotels, restaurants, cafes, etc…»

— Once again Odessa port assumed the role of a leader amongst the Black Sea ports. What are the chances to become the leading port of the Black Sea basin?

«From the viewpoint of cruise business we always were and still remain a port in demand. This is an indisputable fact recognized by the international market. It is corroborated, at the very least, by «Azamara» intentions.

Launching of the round cruise by this operator, in the light of the dynamically developing cruise business, will be a positive signal for other operators because the Black Sea region was, is and will be an attractive region.» 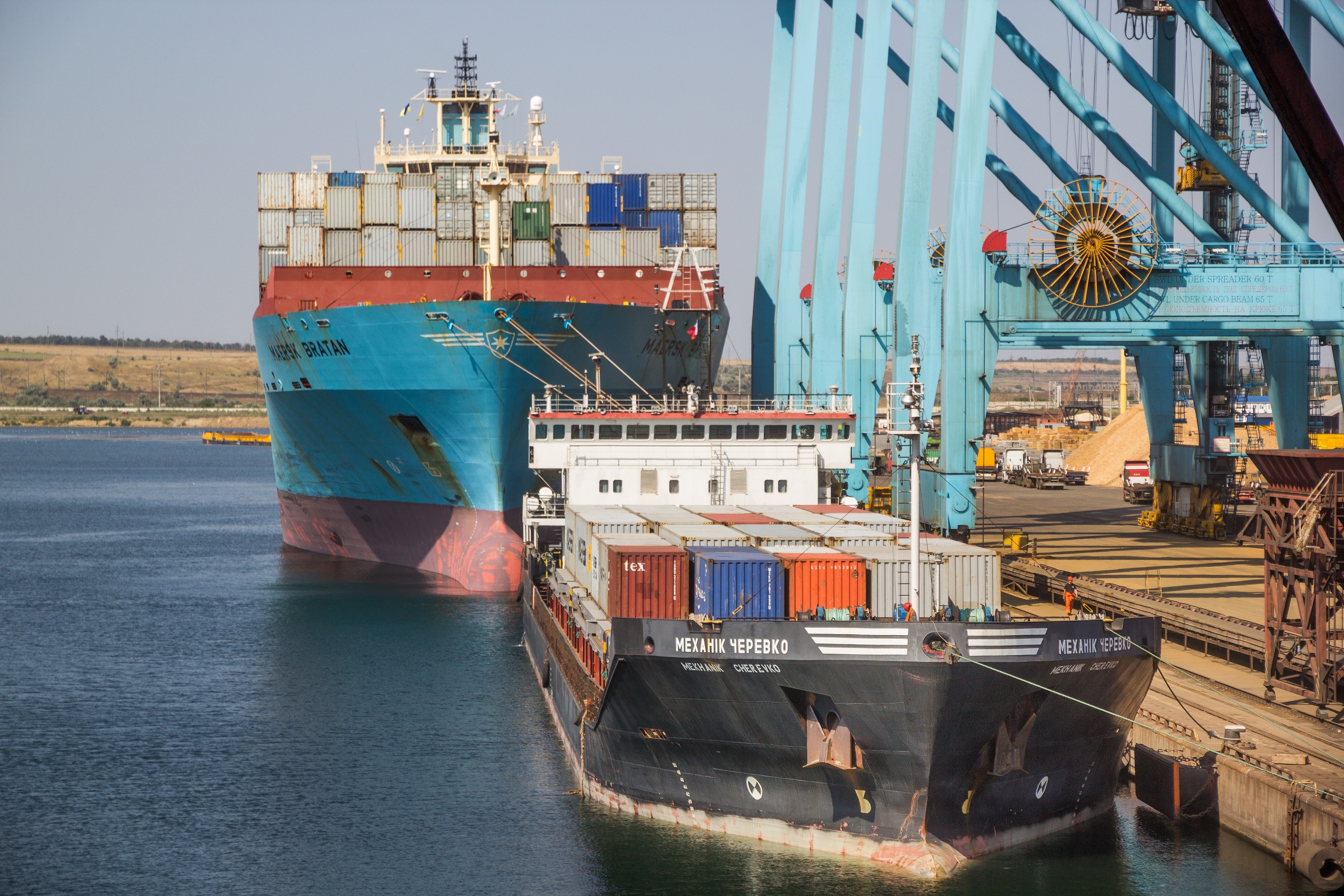 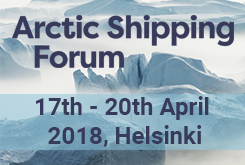