The development of the Ukrainian grain market is encouraging — this was the main highlight of the IV International Grain Ukraine Conference, which took place in Odessa on May 24-25, 2019. Leading players and experts expressed confidence that in the season 2019/2020 Ukrainian farmers will surpass the record of the last season. The main challenge is the delivery of the harvest to the ports. 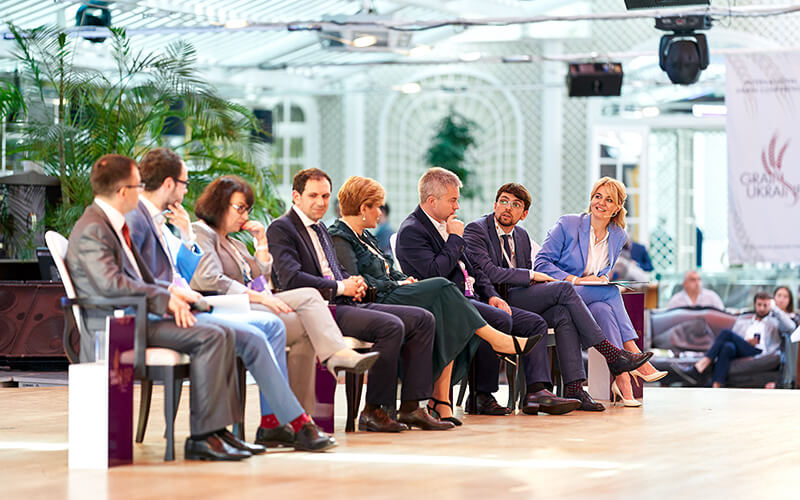 Olga Trofimtseva, Acting Minister of Agrarian Policy and Food of Ukraine, predicted that grain production in Ukraine in 2019/2020 will increase by 1% compared to last season and reach 70.8 million tons. Wheat and barley yields will increase by 1.8 million and 900 thousand tons, respectively. At the same time, a reduction of 2 million tons of corn production is expected.

Another sign of improvement is the large mergers and acquisitions. The founder of the TIS group of companies, Andrey Stavnitser, focused on four investment transactions. SALIC bought the agricultural holding Mriya, Bayer opened a seed plant, the Dutch fund Diligent Capital Partners joined Allseeds, and Japanese Sumitomo buys Spectr-Agro. Such changes signal the entry of Ukraine’s agricultural sector to a new level and the globalization of the Ukrainian agricultural business. 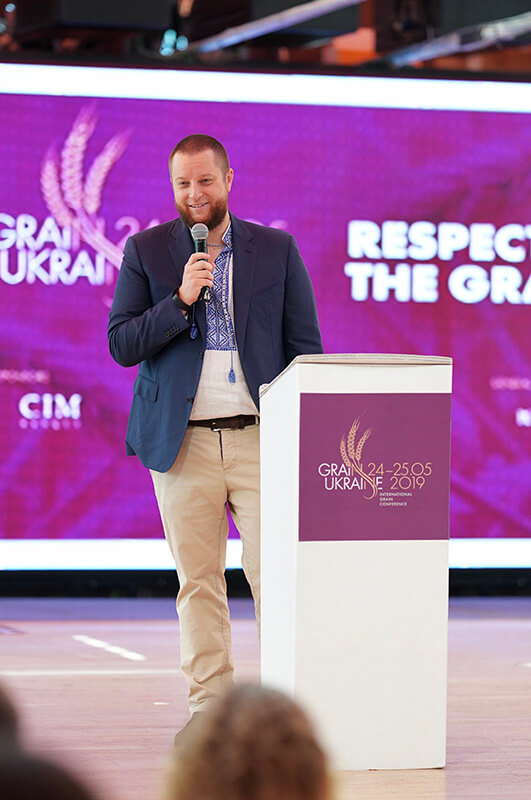 Priority areas for portfolio investors are projects related to the storage and processing of grain, transportation, energy efficiency and the use of biomass. Of course, every investor has a negative attitude towards political uncertainty. However, representatives of international financial institutions operating in Ukraine, declared at Grain Ukraine that they were able to adapt their strategies to existing risks and so far do not plan to reduce investment. This, in particular, was confirmed by the deputy head of the EBRD in Ukraine (infrastructure and energy) Marina Petrov and the head of IFC activities in Ukraine Olena Voloshyna. One of the largest investment projects of Ukraine in recent years has become a successful case — the construction of the grain terminal MV Cargo, which was financed by both structures.

Not only large borrowers, but also lending to small and medium agribusiness is in the area of attention of financiers. The European and World banks provided 100 million euros to this segment, despite the difficulties with financial reporting and credit rating. Director of corporate business of Raiffeisen Bank Aval, Ruslan Spivak, said that every year the bank lends over UAH 15 billion to farmers and does not intend to reduce this amount. However, the Ministry of Agrarian Policy and Food of Ukraine believes that the current level of support for small and medium agribusiness is not enough, and states the need to redistribute state support in their favor. By the way, the representatives of this segment became more numerous among the participants of Grain Ukraine 2019 than in previous years, which is a positive sign. 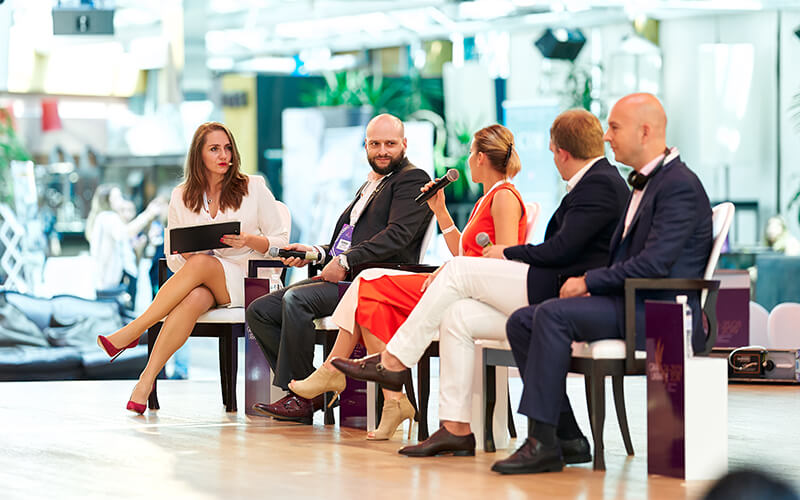 Practitioners involved in the agrarian panel raised the question of the effectiveness of innovation for farmers. Agricultural companies understand the need to invest in new technologies, but often this requires more investments than a business can return. Therefore, the greatest challenge is to find a working business model for their implementation. Among the promising innovations, effective seeding, data management and computer vision were mentioned.

In general, conference experts agreed that the Ukrainian agricultural market seeks greater civilization and a way out of the gray zone. Farmers are expected to switch from selling grain “from the field” for cash to selling the harvest to world traders and to work independently with other countries. In addition, the reputation of Ukrainian grain in international markets is improving, and quality standards are approaching European ones. This was confirmed by the senior trader of Promising International Trading Co. DMCC Saker Hazem during the trade panel: this year his company did not receive a single complaint about Ukrainian wheat. Engelhart CTP Ukraine Director Elena Zyrianova and General Manager of the Danube Region / Ukraine Cargill at Vasile Varvaroi were in solidarity with him. Already, Ukrainian grain can compete with French and German ones, and will soon be able to compete with Australia, Argentina and the United States. 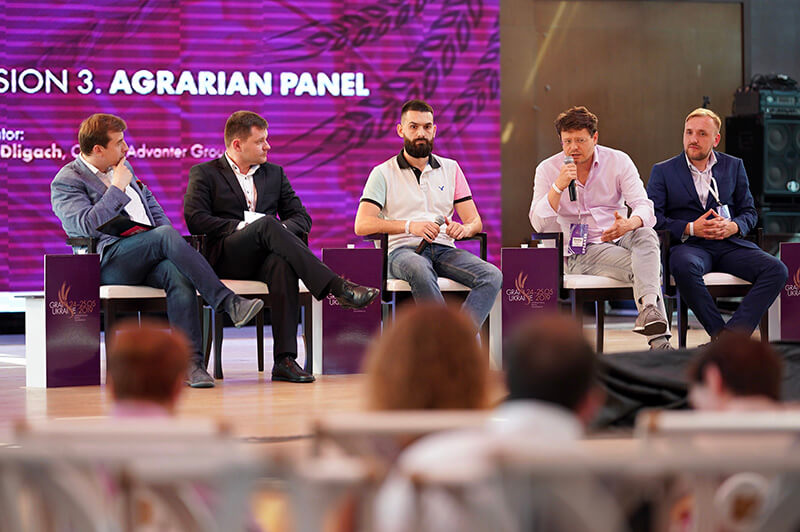 The export picture is also positive in terms of expanding the geography of Ukrainian grain sales. The analyst of the agrarian markets of the Black Sea region Refinitiv Svetlana Malysh notes a record export of domestic maize associated with its record harvest. However, there is a downside: prices on the world market will not grow due to high yields and fierce competition. Although, as noted by Miriam Morath, senior economic analyst at the International Grains Council (IGC), the situation is changing very quickly due to weather changes (in particular, aridity in Europe and uncertainty in the Southern Hemisphere), crop conditions and uncertainty about future trade relations between Australia and China, Canada and China, USA and China. As noted by the Black Sea representative of Olam International trader Roman Rusakov, the trade conflict between the USA and China that entered the active phase enables Ukraine to expand cooperation with Celestial Empire.

The problem of logistics remains — and the more exports grow, the sharper the challenge becomes. It is hardly necessary to expect that it will be resolved in the near future. As noted by Deputy Minister of Infrastructure of Ukraine for European Integration Viktor Dovgan, the future parliament will be more populist and left-wing. Therefore, the issue of land market and private traction is not likely to be raised, and agrarian companies will have to increase efficiency in the existing framework.

In such conditions, a constructive dialogue with the state is necessary, which can lead to finding effective organizational and administrative decisions. So, this year, «Ukrzaliznitsya» (UZ), together with the major market players, launched a pilot project of grain schedule shipments «Schedule Threads». Kernel Logistics Director Mykola Miroshnychenko shared his experience in implementing it on the infrastructure panel at Grain Ukraine. However, other problems are aggravated, for example, depreciation of the freight car fleet. According to the director of the department of strategic development and investment policy of «Ukrzaliznytsia» Anton Sabaleuski, 70% of grain carriers in Ukraine are over 20 years old, and part of the park was bought by agrarians themselves in worn out condition. 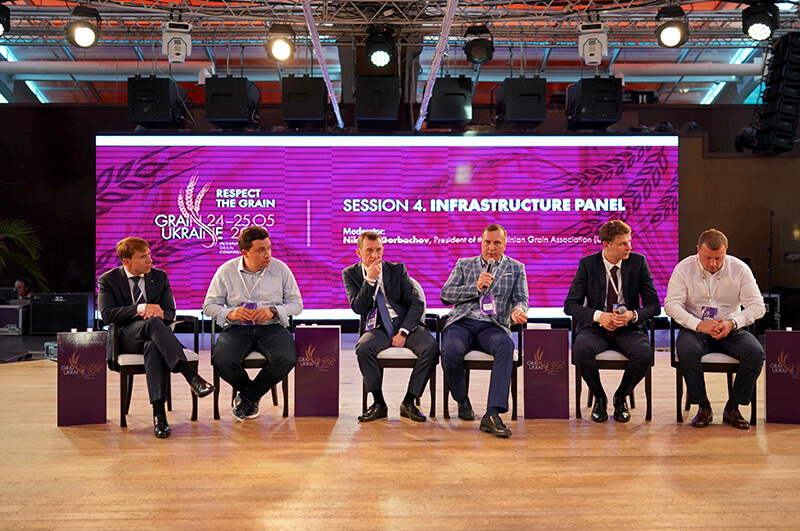 There is also a chronic shortage of locomotives. If in the case of grain carriers there are private operators, then in this case everything is owned by UZ. (The draft law on the admission of private traction in the field of rail transport in the fall of 2018 was failed in parliament.) A separate problem is the level of tariffs. At the conference there was a discussion about the convergence of tariff plans for the transport of different classes of cargo, which was initiated by the President of the Ukrainian Grain Association Nikolay Gorbachov. However, the representatives of the Ministry and UZ pointed out that, rather, tariffs may increase for the miners, and not decrease for the grain.

Logistical problems of the industry got the understanding from the financial community. So, Marina Petrov indicated that the EBRD is working to finance an increase in the grain car park of Ukrzaliznytsia and expressed the hope that the locomotive problem will start to be solved. The bank also agreed to finance the project of electrification of the branch leading to Nikolaev and Kherson ports. Finally, projects are being considered to develop alternatives to rail transport, in particular, river navigation. As for the river transport, Victor Dovgan pointed out the need for major repairs of the locks, which means that their financing will be included in the tariffs and excise taxes.

General Director of Terminal Group Risoil S.A. Maxim Shirokov actualized the need to restore order in the port sector: the introduction of a free port regime; removal of the financial burden on additional services for businesses; targeted use of port charges for infrastructure improvement.

In general, as the conference participants noted, the delivery of grain to the ports remains the main challenge of the Ukrainian agricultural sector, along with a moratorium on land.

The key goal of MV Cargo is to provide Ukrainian grain with access to the sales markets. A guided excursion to the terminal which was made specifically for participants of Grain Ukraine on the second day of the event. The official opening of the terminal, according to the announcement by Andrey Stavnitser, will be celebrated on the day of the 25th anniversary of the TIS. At the moment, the terminal has been operating for almost a year: the first million tons of grain has been processed, the construction of land-storage warehouses with a capacity of 80 thousand tons has been completed. The terminal capacity will be 5 million tons per year.

This year, Grain Ukraine was visited by 500 participants from 10 countries. 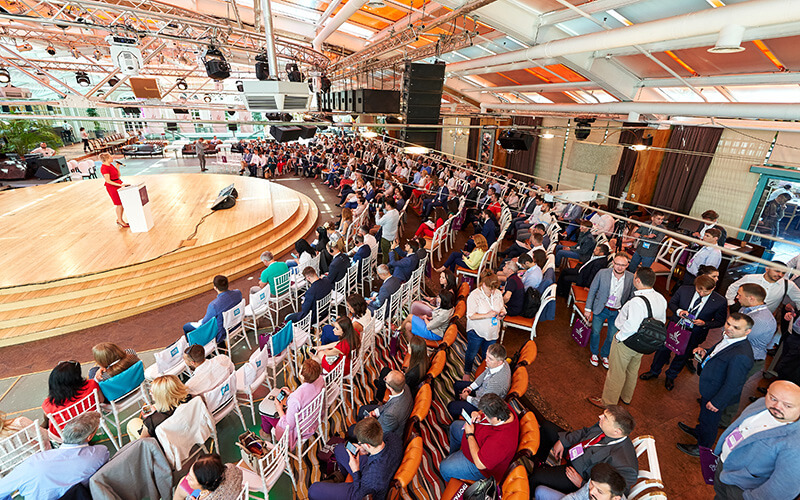 More information can be found on the conference’s facebook page.

Grain Ukraine is an international industry platform for the dialogue of the largest representatives of the agrimarket, heads of Ukrainian agri-food companies, commercial and investment banks, as well as technological trend setters in the agrosphere. It discusses the latest trends in the agrarian market, as well as the development of sustainable business models and the introduction of agro-innovations.

KOMORIN: «EVEN 10% IMPROVEMENT OF THE BLACK SEA ECOSYSTEM WILL BE A VICTORY»
8 августа 2019 Editor

Larisa Yeroshkina Shipping Traditionally, researchers used to judge about the Black Sea environmental health depending on pollutants concentration in water. However, after the EU adopted…

Small-Scale LNG Summit is coming to Milan on 20th of February, 2018! The attendees, who will gather in Italy from all around the world, will… 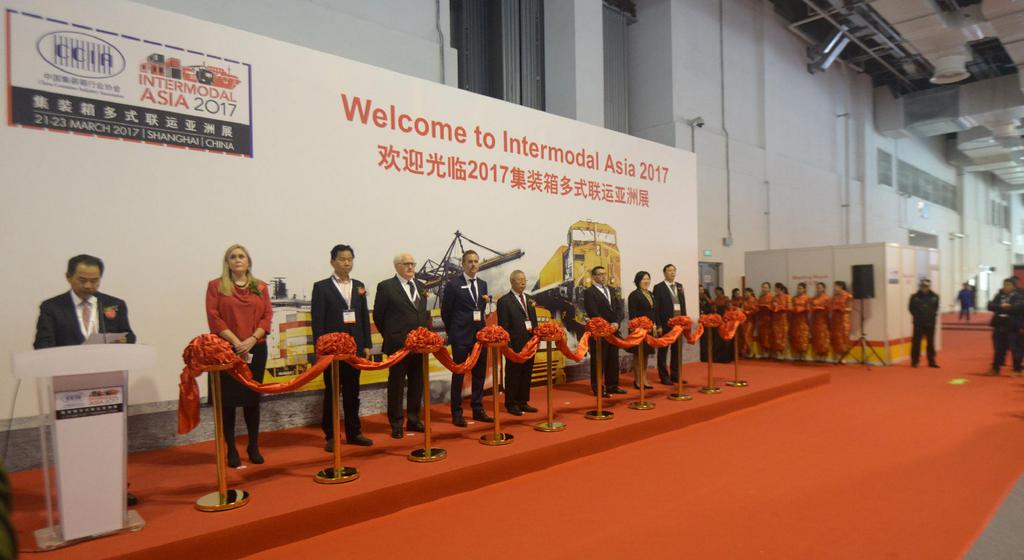 The adoption of digital technologies is now increasing within the global container shipping industry as new technologies prove themselves to offer greater visibility, overcoming the…