What is the Current Level of Interaction Between Seafarers and the State?

Head of the Maritime Administration

The Shipping Magazine interviewed Vitaly Kindrativ, Head of the Maritime Administration. Where did we learn what changes await the MA, when there will be improvements in the state’s interaction with seafarers, the benefits of CES testing, and what needs to be done to make the Ukrainian flag on the «white» list.

What does the new staff structure of the Maritime Administration look like? What personnel changes were made at the end of last year, how did it affect the number of high level specialists in the structure?

In early February 2022, we expect the adoption of a new Regulation on the State Maritime and River Transport Service of Ukraine, which will take into account all the changes imposed on the Maritime Administration in connection with the entry into force of the Law «On Inland Water Transport». And, accordingly, a new staff structure will be formed under the new requirements.

Among the highlights and innovations, I would like to draw attention to the fact that the order of the Ministry of Infrastructure №621 of 17.11.2021 «On approval of the Regulations on the seaport captain and seaport captain service» functions of seaport captains were transferred to relevant USPA officials. Therefore, in this part the structure of the MA will also be brought in line with the requirements of regulatory documents.

In 2022 two additional territorial units are to be launched, which will deal with inland waterway navigation: on the Danube and on the Dnieper River in Cherkasy. This initiative is also included in the draft Regulation on the State Maritime and River Transport Service of Ukraine, which is awaiting approval by the Cabinet of Ministers.

And most importantly: thanks to the 2022 budget, it is possible to complete the MA units with high-level professionals with a decent level of remuneration.

What changes in the legislation from the Maritime Administration should be expected in 2022 in regard of the documents of seafarers, record book, and certification of seafarers and qualification of ranks? Will there be a full-fledged transition to integrated online services?

The Law #1578-IX of 29.06.2021 «On Amendments to Article 51 of the Merchant Shipping Code of Ukraine on the requirements for the qualification of crew members», which according to the convention requirements allows to confirm the documents of seafarers based on their experience. Nowadays, the Ministry of Infrastructure together with the TAPAS project is developing a special IT product that will provide relevant online services to seafarers. In the nearest future we expect the completion of this work and reaching a new level of quality of interaction between the state and seafarers. One of the main principles of this interaction is the absence of intermediaries. And this, in its turn, means that a person must receive services independently, without obstacles, intuitively and efficiently.

What opportunities does the Maritime Administration see in preventing the misuse of seafarers’ services by intermediaries?

CES testing has already been launched, and many sailors successfully pass on the first try the exams. In my opinion, updating the software product and explaining the absence of any «hidden mechanisms» in the re-certification process should completely remove intermediaries from the field. Due to the introduction of CES-testing, the human factor is completely excluded from the exam process.

What is «crewing on-line», what exactly will this module simplify and what documents will be provided to this database?

What are the positive consequences of the introduction of computer testing of seafarers Crew Evaluation System 6.0. should we expect, and what shortcomings have already been identified during few months of this examination approach?

The CES test is a world-renowned international test that accurately confirms skills on the one hand, and on the other hand, confirms the English language knowledge of a person who is going to work in an international format in mixed crews. Regarding the positive consequences of the implementation, firstly, this test is 100% trusted by all participants in the process. Secondly, CES testing minimizes the human factor and helps eliminate corruption risks. The exam process takes place using audio and video recording, which makes it transparent. It should also be noted that CES testing is easy to use. Of the disadvantages we can mention the CES-test cannot be passed by sailors who do not know English. However, they have the opportunity to take the ASTM test.

What difficulties did you face in your attempt to ratify the International Maritime Convention of 2006?

Ratification of the International Maritime Convention of 2006 is one of the priority and most important issues for me as Head of the Maritime Administration. Today, the Maritime Administration supports and tries to promote not only its ratification as soon as possible, but also the implementation of the provisions of Ukraine’s national legislation, as it will increase Ukraine’s prestige in the international maritime arena, bring it closer to full implementation of the EU-Ukraine Association Agreement and the Paris Memorandum.

Currently, the draft of Law of Ukraine «On Amendments to Certain Legislative Acts of Ukraine in Accordance with Ratification of the International Labor Organization Convention Concerning Labor in Maritime Labor, 2006, as amended» needs to be finalized due to lack of provisions necessary for proper implementation of the Convention. We hope that in 2022 we will be able to resolve this issue, thereby speeding up the solution of urgent problems of Ukrainian sailors.

What should Ukraine do to get its flag on the «white» list?

Currently, according to the IMO Circular MSC.1 / Circ.1163 / Rev.13 of 18.10.2021, Ukraine is among the countries that have provided information demonstrating full compliance with the requirements of the STCW Convention. If we talk about the «white list» of the Paris Memorandum, according to the information posted on the official website of the Paris Memorandum, Ukraine is on the «gray list». 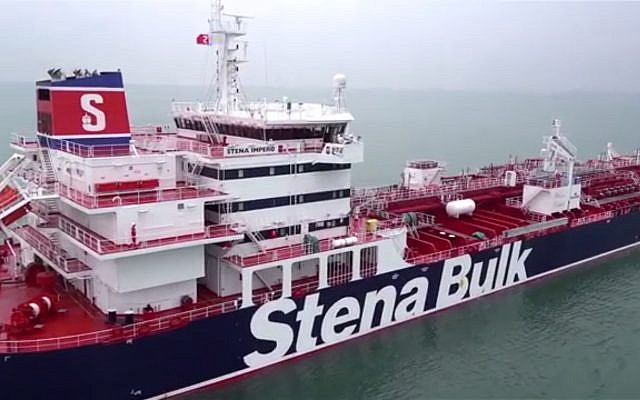 Stena Bulk, the owner of the tanker Stena Impero seized by Iran’s Islamic Revolution Guards Corps (IRGC), confirmed on Wednesday it had established communication with… 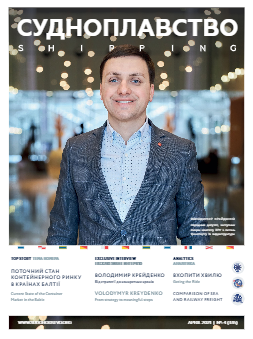 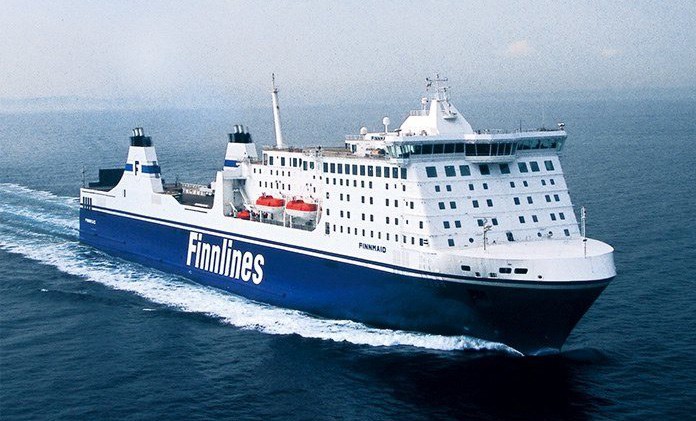