The National Transport Strategy of Ukraine 2030 is a strategic plan of the state for the next 12 years implying a fundamental reform of the transport sector of the country. Among the priority goals are logistics capacity growth, transport infrastructure modernisation, strengthening of multimodal interaction between different modes of transport, customs procedures facilitation and promotion of energy-efficient transport. 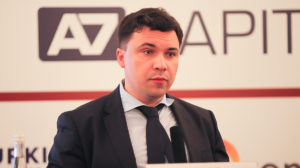 Viktor Dovgan, Deputy Minister of Infrastructure of Ukraine for the European Integration, is positive that these are the important steps that will enable to improve the rating of Ukraine in the international transport market and focus the attention of international and domestic investors on the investment appeal of the industry.

In an interview to the «Shipping» magazine, Viktor Dovgan told about the main postulates of the National Transport Strategy of Ukraine 2030 and prospects for the inland waterways restoration.

— The National Transport Strategy 2030 means accelerating the implementation of the Association Agreement between Ukraine and the European Union. In this regard, we have five priority bills, adopting which will allow for a fundamental reform of the transport industry of Ukraine, Deputy Minister notes.

The top four legislative documents to be adopted in 2018 include the following draft laws: «On Railway Transport», «On Road Transport», «On Dangerous Goods Transport» and «On Inland Waterways».

The second thing that needs to be done under the said Agreement is the implementation of specific infrastructure projects that are designed to eliminate bottlenecks in the export and import sectors, and in logistics as a whole.

— 2017 was marked by the development of the National Transport Strategy 2030, in the framework of which a number of the so-called regional discussions were held, namely, in ten cluster regions of Ukraine, from Uzhgorod to Mariupil. The discussions allowed to identify priority infrastructure projects, implementation of which will allow to eliminate bottlenecks in logistics and harmonise the Ukrainian legislation system with the Association Agreement with the EU.

Today, exports in Ukraine account for more than half of the country’s GDP. That is why the development of the logistics sector is among the strategic issues. Ukraine should reach a constant and stable level of the logistics industry development which includes increasing logistics capacity, strengthening of multimodal interaction between different modes of transport, facilitating customs procedures and promoting energy-efficient transport, Viktor Dovgan says.

Domestic water transport is less than 1% of the overall structure of freight transport, however, river navigation in Ukraine has a significant potential. According to expert studies, the volume of cargo transportation by inland waterways of Ukraine does not exceed seven million tons today, while the available freight traffic reaches 16-18 million tons with a total market capacity of 61 million tons.

So far, about ten operators are engaged in river transport in Ukraine. It is difficult to compromise with the monopolist in the market, the company «NIBULON», Deputy Minister points out:

— But we have to do it and adopt, finally, the bill «On Inland Waterways, which will open the way for investing in river infrastructure.

An example of this may be a loan agreement with EBRD whose amount is 50 million Euros intended for the Dnieper River infrastructure development, which is expected to be signed in 2018. The funds will be distributed as follows:

— 20 million Euros – for the repair of navigation locks that have not been repaired over the past 25 years (by the way, repair work on the first gateway has already started); and

The balance of the funds is planned to be spent on the reconstruction of hydraulic structures and modernisation of port infrastructure, which is now the state municipal property.

Bringing the depths to passport indicators, modernisation of hydraulic structures, overhaul of locks – being integrated these solutions will reduce the time spent on logistics and increase the number of carriers in the market, and then it will be for the business to determine who is better.

-In 2017, only 6.7 million tons of cargo were transported by the Dnieper, while in 1990 – 10 times as many. The figures indicate the large-scale potential of the river, and therefore the project is to be urgently implemented. The task of the state is to prepare the river, to create equal opportunities for all, and to do everything to enable carriers to fully use domestic waterways, Deputy Minister emphasizes.

The shipbuilding industry may have significant impact on the development of river transport in Ukraine, Viktor Dovgan adds. But the state financial support is not enough for its development, it is necessary to attract private investments.

— Look at above-mentioned «NIBULON» that builds really good barges. Ukraine needs at least five such «NIBULONs» to put the industry back on its feet.

In this regard, specific initiatives of the Government of Ukraine on the development of tax benefit programs for the shipbuilding industry are needed.

One of the striking examples of shipbuilding successful development is Turkey, where special economic zones for the industry have been arranged, and the investor pays nothing at all.

— It is important to us to build an optimal tax model using the experience of our neighbours, Deputy Minister emphasizes.

In addition to tax benefits, it is also necessary to analyse, with which foreign investors domestic shipbuilding plants can work.

— For example, in our shipyards, we can make the frame of the ship, but the engine is made in Sweden or in the above-mentioned Turkey, where the latest technology is used. The industry needs to find new models of cooperation with foreign investors! Viktor Dovgan sums it up. 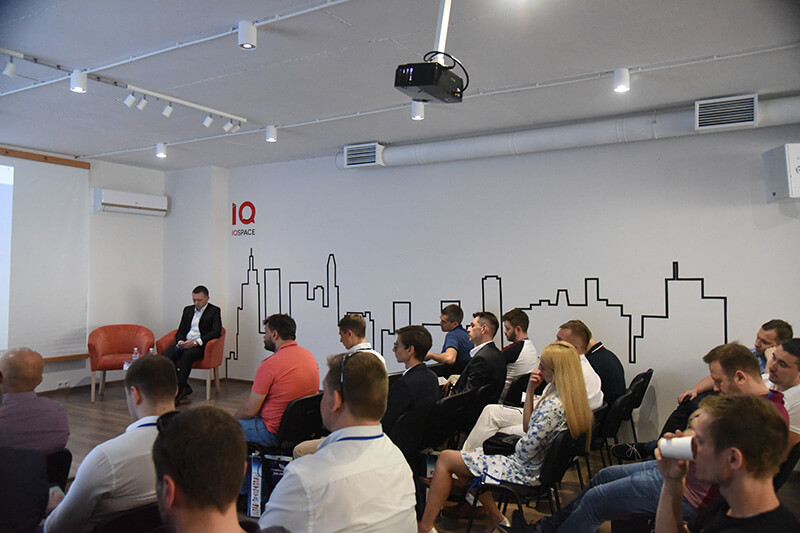 ARE DIGITAL TECHNOLOGIES ABLE TO CONVERT TRANSPORT AND LOGISTICS IN UKRAINE?
4 июня 2019 Victory

The last year was a turning point for blockchain technology. If earlier they talked about it only in the context of cryptocurrency, now companies have… 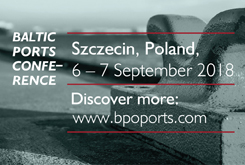 On 6-7 September, 2018, policymakers, industry experts and various other stakeholders will meet in Szczecin, Poland, to take part in the annual Baltic Ports Conference….

By Mike Wackett (The Loadstar) – Alphaliner’s bellwether containership idle tonnage data has recorded a big spike in vessels being consigned to lay-up, shifting the…