Ukrainian ports are the key element to global food securityGroup

Revenues from the export of products of the agro-industrial complex and the food industry are being significant drivers of the Ukrainian economy, and Ukrainian seaports have always been and are being important components of the logistics chains through which trade is carried out.

According to statistics from the United States Department of Agriculture, Ukraine is the seventh largest producer of wheat in the world in 2021/22 with a figure of 33 million tons. Only Australia, the USA, Russia, India and China produced more, and the EU actually took first place, if you count the member states of the Union together. In addition, Ukraine ranks sixth in the corn market. From mid-2021 to mid-2022, only Argentina, the EU, Brazil, China and the US grew more corn. Most barley is grown in the EU, followed by Australia, Russia and Ukraine.

Since the beginning of a full-scale Russian military invasion of Ukraine in February 2022, Ukrainian grain exports were initially suspended due to Russia’s blockade of Ukrainian ports, which heightened fears of global shortages and rising prices. By mid-May, export prices for wheat and corn soared to their highest levels in recent years. According to the UN, this had far-reaching consequences, especially in Africa, the Middle East and Asia — countries where the coronavirus pandemic has already led to an aggravation of the food situation.

In order to combat one of the biggest global food crises in recent decades, the so-called «solidarity lanes» were organized (overland railway and road routes on the western borders of Ukraine, developed jointly by Ukrainian and European specialists to help Ukraine export agricultural products), but these logistical routes had limited bandwidth that did not fully satisfy the demand on the world market.

Taking into accont all mentioned before, the Ukrainian authorities initiated one of the most important global guarantees of food security, which resulted in the signing of the so-called Grain Agreement on July 22 in Istanbul (which was valid for 120 days, until November 19), which unblocked the operation of three Ukrainian ports for the export of Ukrainian food — Odesa, Chornomorskyi and the port «Pivdenny». As part of the agreements reached in Turkey, 20-25 million tons of grain, which had been blocked in Ukraine until then, were able to be exported. The agreement also provided for safe corridors in the Black Sea between Ukraine and the Bosphorus (vessels in this area and the ports involved will not be attacked). The control center in Istanbul, headed by the UN and staffed by representatives of Russia, Ukraine and Turkey, monitors grain exports. At the beginning of December, more than 500 vessels have already left Ukrainian ports involved in the Black Sea Grain Initiative. This is more than 12 million tons of grain and other food products. 66% of wheat exported under the Grain Initiative goes to developing countries. Corn, in turn, is exported mainly to developed countries.

The launch of the Grain Initiative allowed the UN World Food Program (WFP) to resume wheat shipments from Black Sea ports. Before the war, WFP purchased half of its grain reserves in Ukraine.

Despite Russia’s attempt to break the agreement and withdraw from the Grain Agreement at the end of October, the work of the Black Sea Grain Initiative was still extended for another 120 days in November. The UN and Turkey remained guarantors of the Initiative.

To date, more than 15 million tons of Ukrainian agricultural products have already been exported as part of the work of the Grain Initiative.

Although the unblocking of seaborne export routes has helped to overcome the global food security crisis, export levels remain significantly lower than in previous years and prices are still above pre-war levels.

Recently, the President of Ukraine Volodymyr Zelenskyi launched the humanitarian initiative «Grain from Ukraine», which should significantly expand the opportunities of Ukrainian producers of agricultural products.

The essence of the «Grain from Ukraine» initiative is the direct purchase by participating countries of agricultural products from Ukrainian from small and medium-sized producers and further transfer to countries on the brink of famine.

To start this humanitarian initiative, the International Founding Summit on Food Security was held, at which about 150 million dollars were collected, which will be used for the purchase of food for the countries of Africa and Asia. Today, the total amount of collected funds is approaching 200 million dollars. This is the largest humanitarian fund created by the President during the independence of Ukraine.

The «Grain from Ukraine» initiative will make it possible to send up to 10 ships from Ukrainian ports every month to the countries most affected by the food crisis and in need of urgent assistance. These are countries such as Ethiopia, Sudan, South Sudan, Somalia, Congo, Kenya, Yemen and others. It is planned that within the framework of this initiative, we will be able to ease the food situation for at least 5-6 million people.

The world stands on the position that Ukraine’s role is one of the most important in ensuring food security, and therefore supports Ukraine’s official appeal to partner countries within the framework of the Grain Initiative to extend its validity for at least a year with the inclusion of ports in the Mykolaiv region.

The Ukrainian authorities, realizing the importance of the work of river ports, are already improving the operation of the Danube port cluster through dredging, re-equipment, promotion of private investments, attraction of an additional fleet. Thanks to this, it was possible to increase the cargo transshipment capacity of the Danube river ports by more than 4 times (the rate per day is 55-60 thousand tons).

Despite the full-scale invasion of the Russian Federation on the territory of Ukraine our task is the constant shelling of our infrastructure, which covers other aspects and goals — to provide the world with food, Ukrainian citizens with work in sea and river ports, to fill the budget of Ukraine, and this, in turn, will lead us to victory. 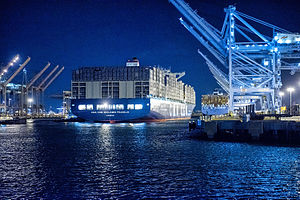 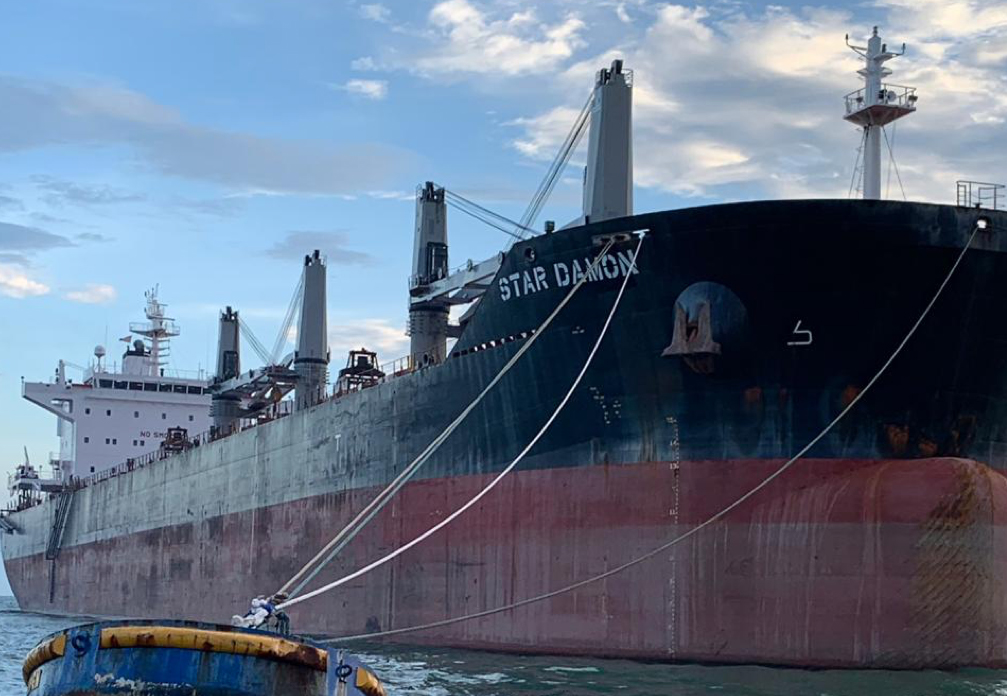 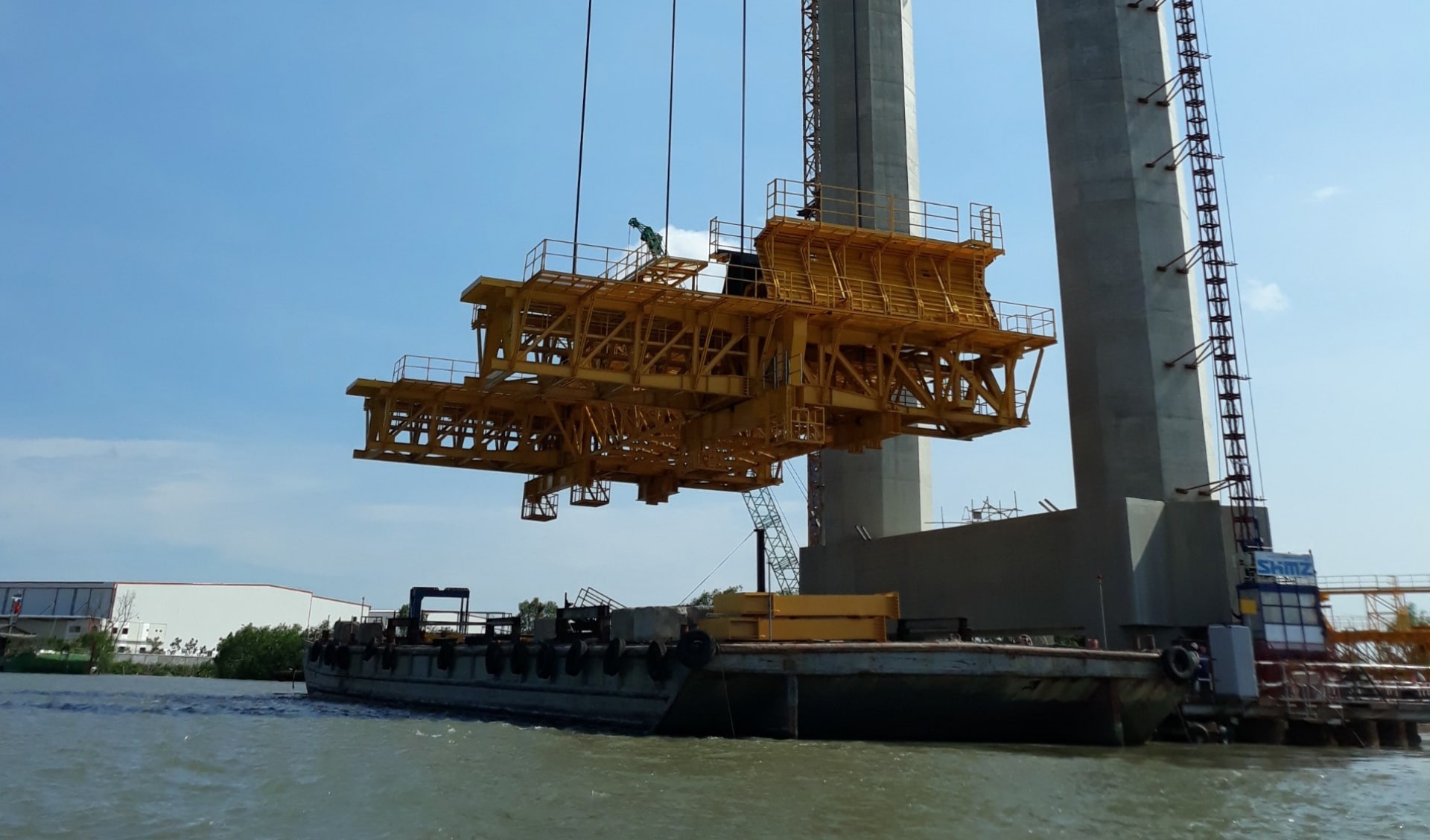 On Monday, a Vietnamese container ship hit a crane at a construction site for a bridge on the Long Tau River, south of Ho Chi…