At the highest level: «Bunge» Oil Complex opening was held in the presence of the President

Petro Poroshenko was the honored guest of «Bunge» company new capacities opening in Nikolaev sea port. And that is understandable, as the event was attended by the USA government representatives, and the American investor made the largest investment into Ukrainian agriculture sector.

At the opening of American «Bunge» company’s productive and transshipping complex in Nikolaev sea port gathered a lot of senior executives of Ukrainian transport and agriculture sectors’ leading enterprises, not to mention the region and city management. It’s no wonder as the main guests were the President of Ukraine Petro Poroshenko, Acting Deputy Secretary of the U.S. Department of Agriculture Michael Scuse, and also investing company’s Global and European offices executives. 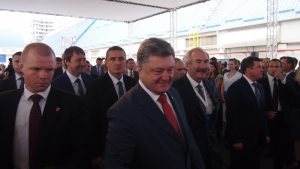 As usual, the honored guests kept the public waiting, but the weather overcame this trouble: drizzling rain stopped with the arrival of the Head of State. While opening the ceremony, Petro Poroshenko underlined, that «Bunge» investments into Nikolaev Sea Port infrastructure were the largest in Ukrainian agriculture sector and the most voluminous investment of this company in Europe. «Today’s opening is the example of investor’s faith in our country’s good future. That is money vote on Ukraine! The money of American investor, which creates jobs, increases tax revenues into state and local budgets, foreign exchange earnings for Ukraine, and reinforces national currency. This is the best advertising of investment appeal of Ukraine», — the President stated.

Poroshenko noted the importance of «Bunge» for the country (according to the results of 2015th year the company invested more than 200 mln hrn into the budget), and thanked the investor for the help in sharp social issues. «I am especially grateful to the company «Bunge Ukraine» because it has sent more than 1 mln hrn of charitable contributions in support of our ATO participants. This is a paradigmatic example of a socially responsible business», he stressed.

The President promised the investors (present and potential) to do his best for political and economic stability of the country, and outlined several aspects of transport industry impending reformation. «Unfortunately, the investors continued to face obstacles, for instance, very expensive harbor dues, that make Ukrainian ports less competitive, towards other Black Sea harbors. Another problem is the access to the berths, as to strategic infrastructure objects. I am sure, that together with the government we will solve these problems in the nearest future”, noted the Head of State.

Agricultural Company «Bunge», global producer of sunflower oil, began its work in Ukraine in 2002. Today «Bunge Ukraine» includes nine enterprises, including Dnepr oil extraction plant and five grain elevators in Odessa, Vinnytsia,  Kirovohrad, Dnepropetrovsk regions. In 2011 grain transshipment complex was launched in Nikolaev sea port – in the area of the berth №14. The investment project cost $100 mln. According to Ukrainian Sea Ports Authority (USPA), more than 3 mln tonnes of goods have been processed through the grain terminal during 2015/2016 marketing year.

In 2013 a new project was started here – a multispeed crushing plant and oil handling terminals building. As noted by Vasyl Kapatsina, Honorary President of «Nikolaev trade sea port» State Enterprise and Head of «UkrBud» ltd, during the construction of «the most powerful and modern port cluster in Ukraine» 50 km of piles, 600 km of cable production and 60 ths cubic meters of concrete were used. 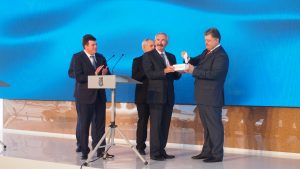 As reports USPA,   the capacity of «Bunge» company’s productive and transshipping complex will reach more than 2 mln tonnes a year. The total cost of the project is estimated at $180 million. The complex is situated in the area of the berths №13-14 of Nicolaev sea port. With the successful launching of this project more than 170 jobs were created.

Acting Deputy Secretary of the U.S. Department of Agriculture Michael Scuse in his presentation noted, that Ukraine, as one of the world’s largest agricultural products producers and exporters, must have a possibility to increase its production, in order to match the increasing needs. «This facility that we are celebrating today will expend port infrastructure and provide greater efficiencies to connect Ukrainian surplus with the rest of the world. I afford Ukraine’s leadership – both at the national level as well as the local level», the American official said. 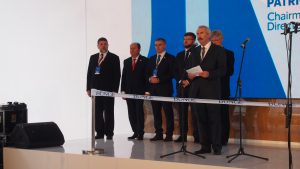 On Ukrainian status as a large agricultural producer focused Patrick Lupo, Chairman of the Board of Directors Bunge Limited: «Among the forty markets that Bunge has been operating globally Ukraine continuous to play a leading role and solidifying Bunge’s position as a leading foreign investor in the region. Having invested over 280 mln dollars in the Nikolaev sea port infrastructure we planned a further develop of our business here significantly contributing to the economy of the nation». 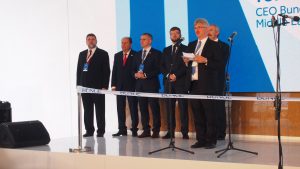 Tommy Jensen, CEO Bunge Europe, Middle East & Africa gave his assurance that investing company’s long-term strategic objectives coincide with the strategic objectives of the Economy of Ukraine. «We had established very good dialogue with local authorities in Nikolaev, with a minister of agriculture, minister of infrastructure, minister of finance. As a global company we are always ready to advice help, assist in the development of better regulations, better rules for business. It will help investors. The complex in Nikolaev proves that Bunge trusts and believes in Ukraine, in the agriculture of Ukraine, but first of all in Ukrainian people», the executive stressed. 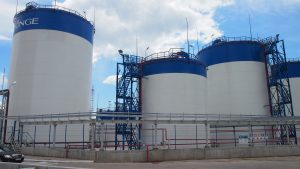 «Bunge» experts rather proudly declare, that Nikolaev enterprise has state-of-the-art equipment for oilseed handling with method of pressing and extraction, including seed cleaning, drying, and technological storage; for preparatory cycle and for extraction process itself. Energy availability is done through the gas and the solid fuel boilers, which work on a renewable fuel – shell, generated by processing of seeds. The object’s one-time storage capacity is 38 ths tonnes of sunflower seeds, 24 ths tonnes of (protein) meal and 12.6 ths tonnes of sunflower oil.

After the ceremony the organizers arranged excursions within the enterprise area. Journalists and invited guests saw with their own eyes the internal territories of the factory, pre-pressing and pre-extraction workshops, labs and car receivers.

«At the first stage the seeds are cleaned, and also dried if necessary. Acceptance and cleaning productivity is 300 tonnes per hour, drying – 100 tonnes per hour, — Technical Director of the project of multispeed crushing plant Sergey Klepka said. – The production goes through the stages of the first pressing and extraction. Production capacity is 2400 tonnes of sunflower seeds and 1700 tonnes of soy beans a day».

The shell goes to the pellet mill and is used as a fuel for the solid fuel boilers. And the oil is kept in the reservoirs. Oil line is lead to the berths for loading on boards of the vessels. The intensity of ship loading, as a rule, is 400 tonnes per hour, but there are technical capabilities to increase it up to 500 tonnes. 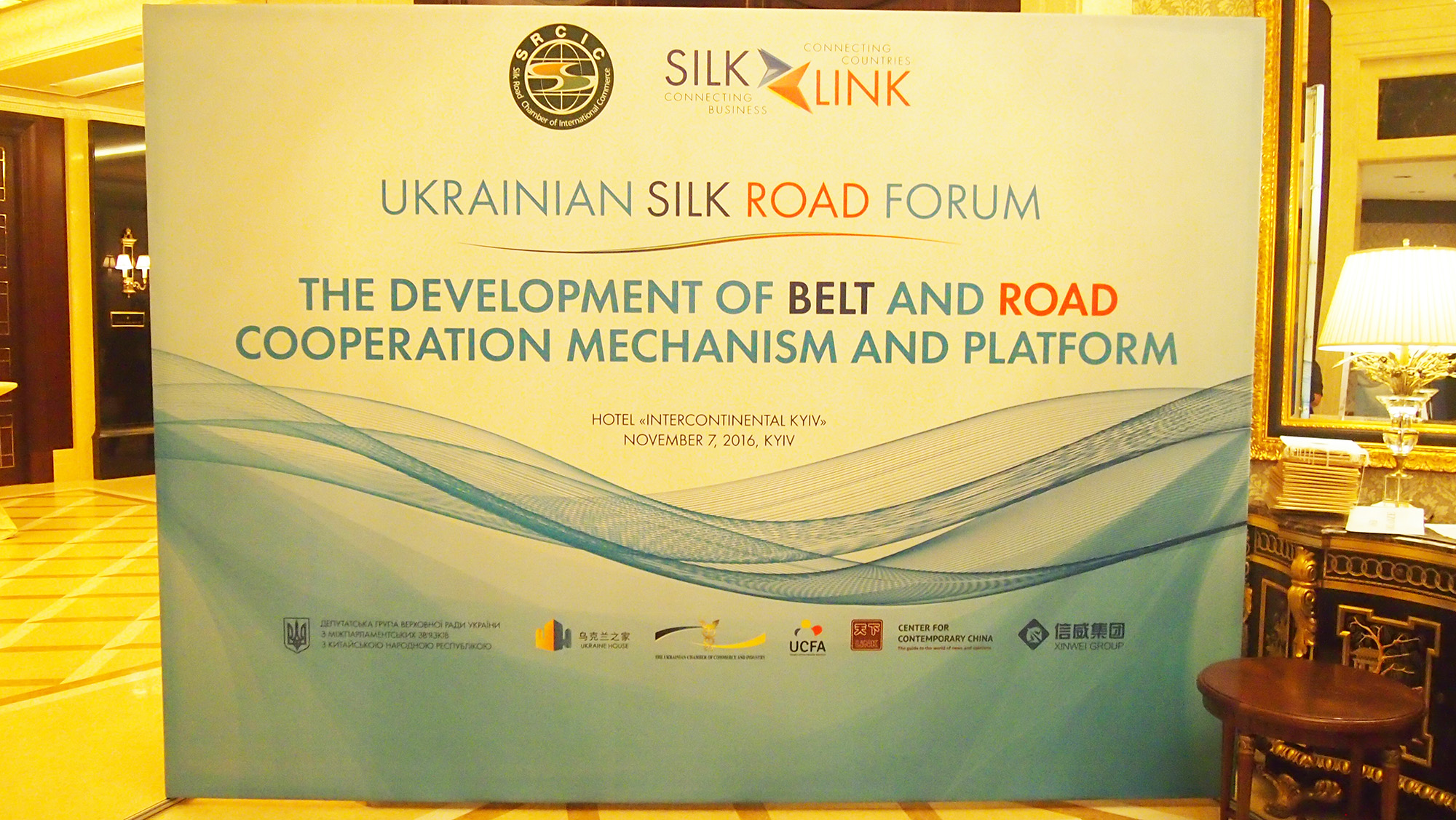 (from the issue №4, 148, November) Chinese «New Silk Road» can become the project of the century for Ukraine, taking into account the volume of… 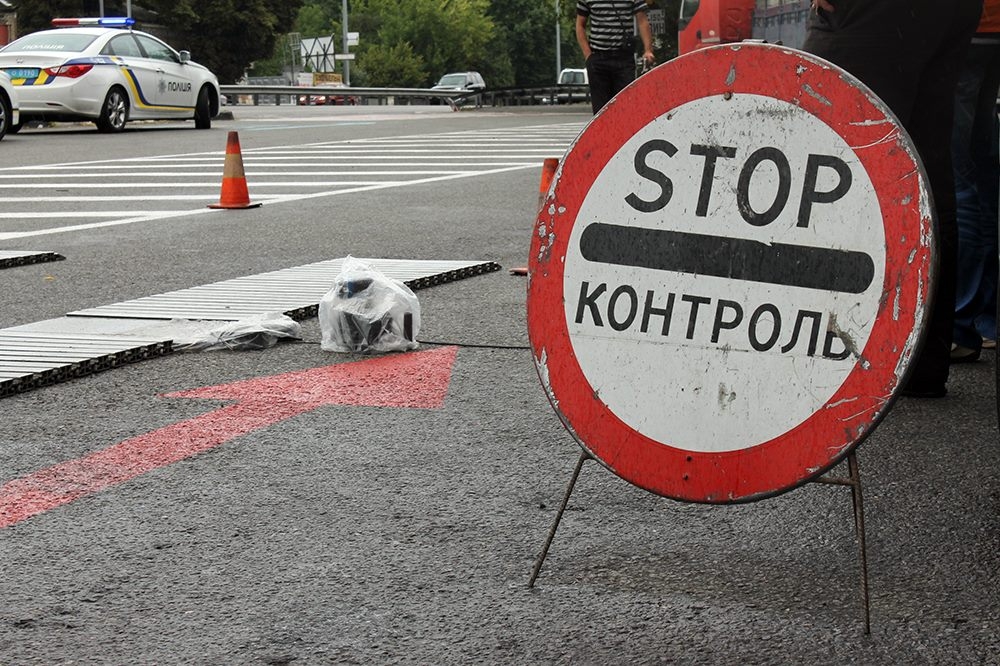 The new, more powerful and seems to be decisive round of the struggle of the Ministry of Infrastructure of Ukraine (MIU) for weight control on…