The world sea labor market today, with an abundance of supply of ordinary personnel, lacks the command staff. As a result, there is quite a tough competition between the leading countries for the supply of officers to the fleet.

Ukraine is on the sixth place in this list, accordingly, the issue of the quality of training of Ukrainian seamen is a priority in the case of «sore» problems of the sector of marine employment.

Given that the audit of the European Maritime Safety Agency (EMSA) is planned in Ukraine in 2018, the question of compliance of the Ukrainian training system for seafarers with the International Convention on Training, Certification of Seafarers and Watchkeeping (STCW 78) is particularly acute today.

The possibility of employment for vessels flying a foreign flag to Ukrainian seamen is provided by recruitment agencies or crewing companies. Being in direct contact with ship owners, specialists in the field of maritime recruitment can accurately assess the risks of Ukraine losing competitive advantages in the world maritime labor market.

So, according to them, the main risks are laid in the system of basic training and subsequent qualification retraining, the possibility of falsification of marine documents, including fictitious floating licenses. If we do not take timely action to comply with international standards for the training and certification of seafarers, Ukraine will soon lose its positions in the international market and as a result, Ukrainian experts will be replaced by representatives of other countries — the Philippines, India, etc.

To solve these problems we should work together. This rule is guided by the Association Ukrainian Unity of Crewing Companies (UUCC), among the members of which, there are over 40 recruiting companies, as well as marine training centers and other specialized companies. Today, before the forthcoming audit of the EMSA, the UUCC beats the alarm, calling for the consolidation of all participants in the Ukrainian maritime employment market. So, on November 15, 2017, under the auspices of the UUCC in Odessa, a conference was held named Ukrainian crewing — the role of the quality of training seamen and the development of employment in a competitive global labor market. The leaders of the crewing companies, and training centers, together with the representatives of profile educational institutions, the Ministry of Infrastructure and Education of Ukraine, discussed the problems together and looked for ways to solve them.

Spaces should be eliminated as soon as possible, otherwise Ukrainian crewing can expect significant reputational losses, financial risks associated with the replacement of personnel and various kinds of compensation, as well as the break of partnership with shipowners, the director of the UUCC Association, Captain Vyacheslav Kislovsky stated. 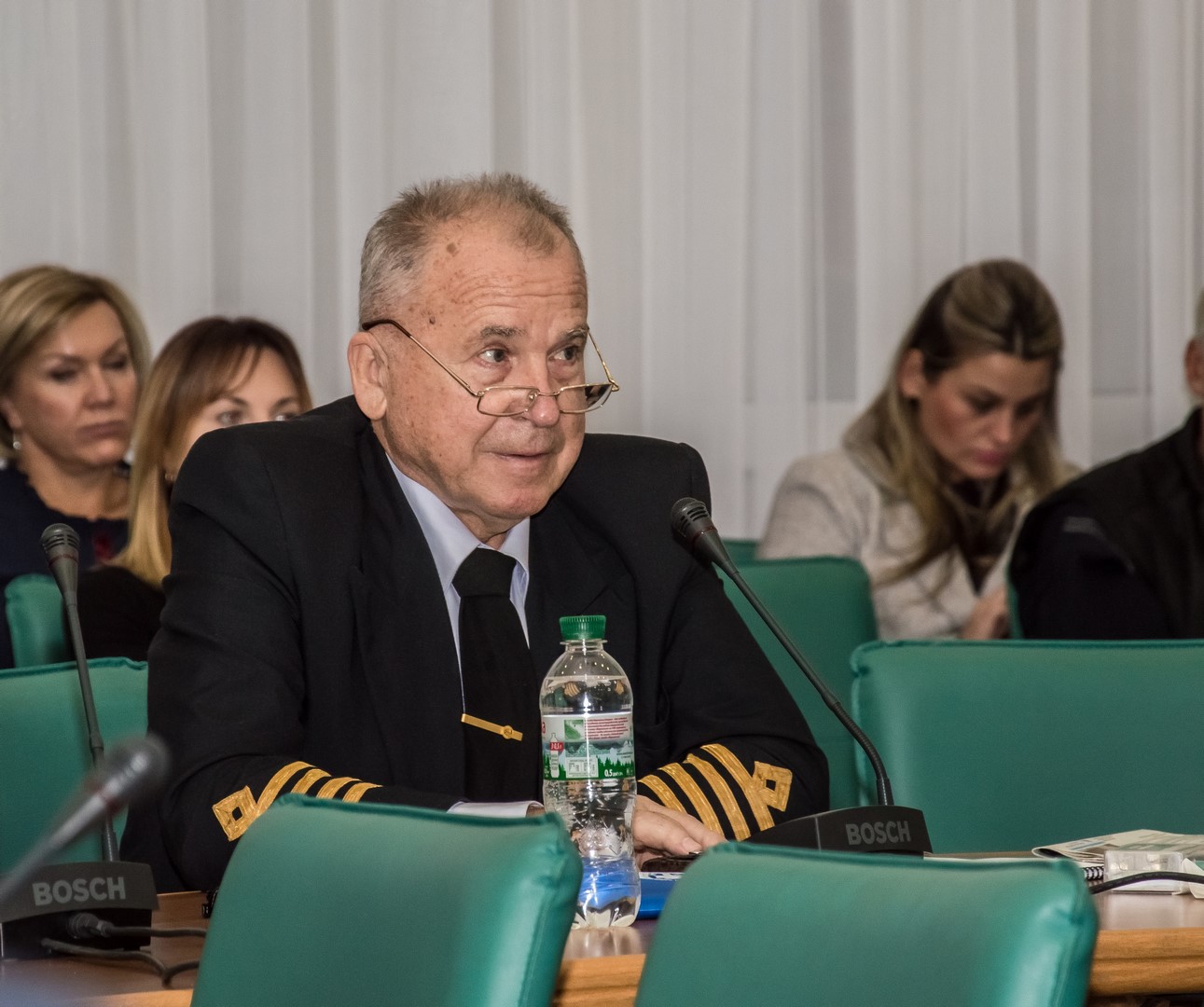 As a consequence, the number of vacancies provided by crewing companies can be reduced, a large number of marine specialists will lose the opportunity to work, marine trade unions will lose their relevance, training centers – their  customers.

As Captain Kislovskiy noted, the replacement of the Ukrainian junior specialists from the world labor market has already assumed a permanent character. Shipowners prefer to hire representatives of other nationalities. And this is not a matter of nationality, as such, but of the level of training and quality of personnel in the first place.

-How to ensure the professional training of seafarers, the competitive ability of marine personnel? — asked the director of the UUCC. — It is obvious that there is a close mutual relationship between marine educational institutions, training centers for marine specialists, Ukrainian crewing, as an intermediary between the seafarer and the shipowner.

The basic training of maritime personnel in Ukrainian schools today is carried out in accordance with the 2010 Manila Amendments to the International Convention on Training, Certification of Seafarers and Watchkeeping of 1978 (STCW 78), said the rector of the Odessa National Maritime Academy (ONMA) Mikhail Miyusov, giving the report Status and prospects of training and employment of seafarers. 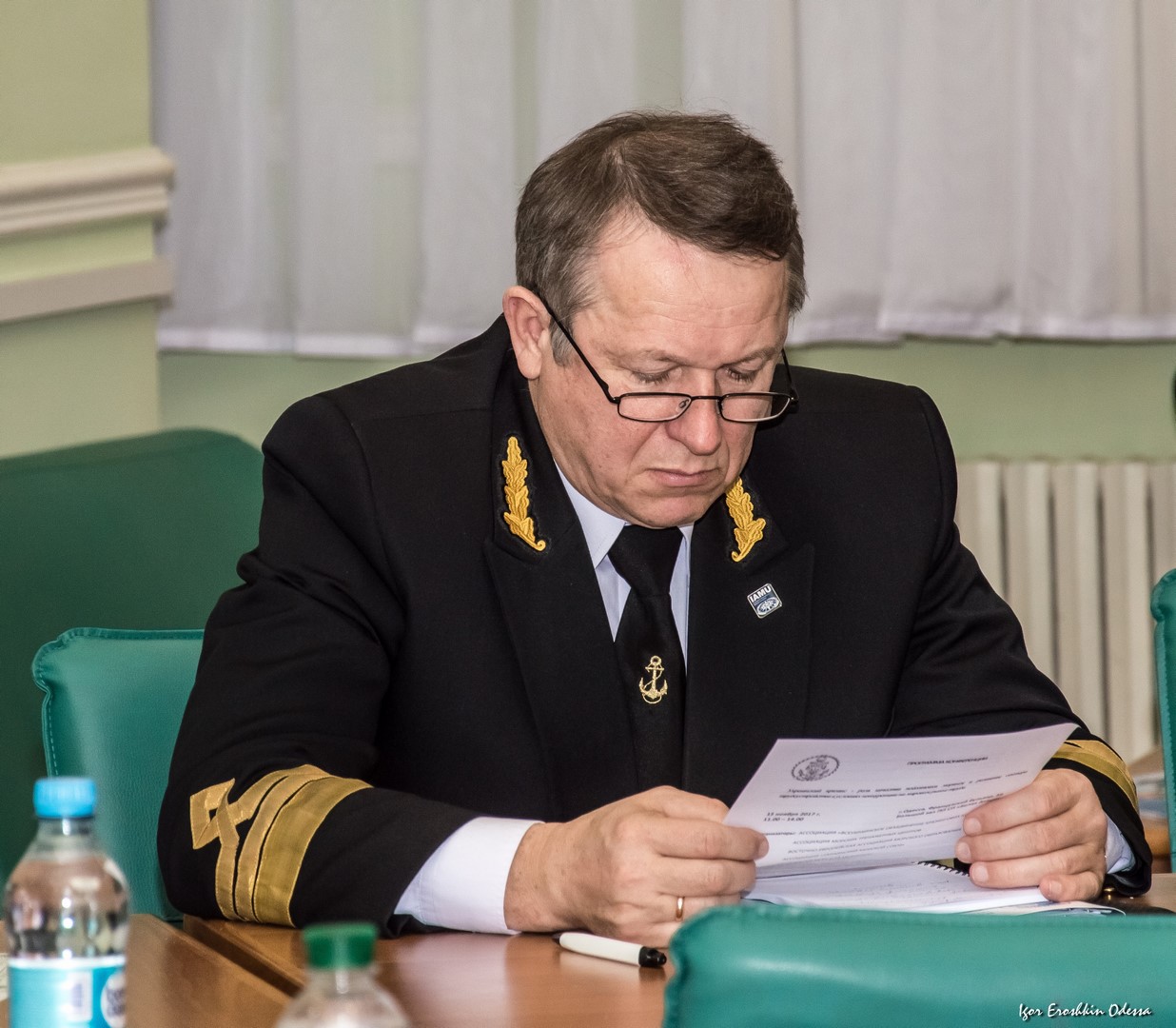 In connection with the reform in the field of education, the qualification specialist is abolished, accordingly, at the legislative level, it is already necessary today to revise the Regulations on the ranks of the officers of the sea-going vessels.

— According to the Law on Higher Education, today there is no specialist qualification, but in the Regulations it is written that the position of a chief engineer should be occupied by a specialist or a master, — the rector clarified the problem. — In addition, the list of specialties has changed, therefore, if you follow the letter of the law and issue diplomas in accordance with the Regulations, you can not extradite them.

Low pay for professors is a serious problem that could soon become a threat to the quality of training of future seamen, Mikhail Miyusov also noted. Today, the average salary in higher education institutions is about 280 dollars, while, for example, in the Maritime Academy of the Anglo -Eastern company in India the teacher receives 4000 dollars.

If any active captain retires and wants to teach at our university as an assistant, he will receive only 4,900 hryvnia, the rector explained. It is natural that a person who received a similar amount on a ship on a day goes to work in a private training center or crewing. For young professionals, such a salary is also not attractive.

The average age of the teaching staff in higher educational institutions for today has stepped beyond 60, stated M. Miyusov, which means that there is a real threat that soon there will be no one eager to teach. In ONMA this problem is partially solved due to the fact that about 30 teachers combine teaching and working at sea. Nevertheless, at the legislative level, the problem is almost irresolvable, the Rector of ONMA summed up. Only crewing can help in this situation, providing an opportunity for teachers to work in the sea.

Shipowners today have become particularly demanding on the quality of training of Ukrainian sailors and their professionalism, said Captain Igor Safin, director of the Odessa crewing VShips company in his report. 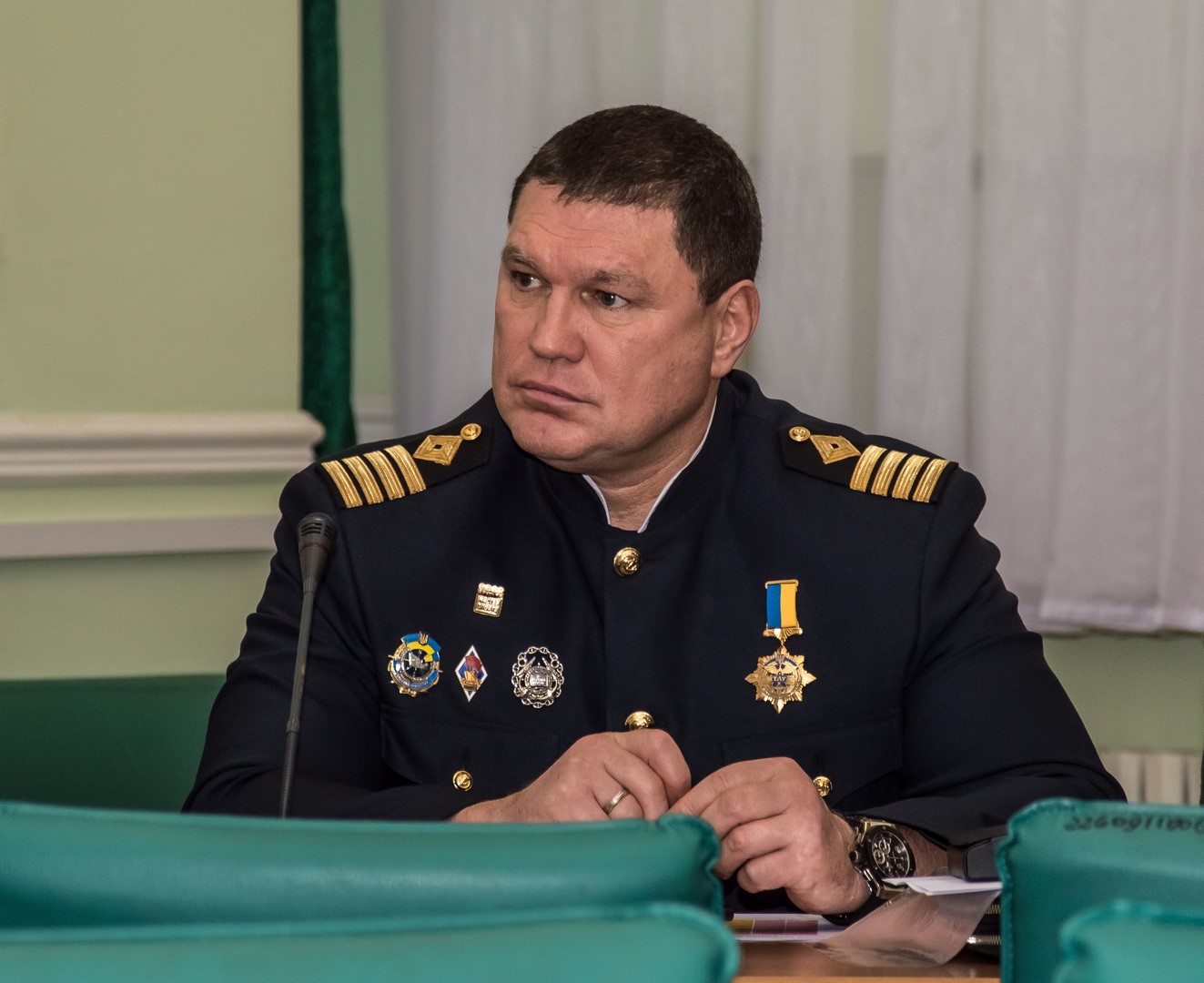 The requirements of shipowners encourage Crewing to develop their own seafarers testing programs.

So, any sailor who applied to VShips first of all is checked. If the track includes more than five shipowners, this may indicate the unreliability or unprofessionalism of the seaman, which means that the company will think twice whether it is worth it to offer a job.

Test programs in VShips include a whole package of theoretical and practical (simulator) tests, including MarlinsTest of English. The company offers work to a sailor only if he passed all stages of the test program and got «excellent» and «good».

In the curriculum of specialized educational institutions, compulsory passage of shipping practice for 12 months is provided, on the basis of which a working diploma is issued, and then a certificate of competence.

The opportunity to pass the shipping practice is usually provided by crewing, as educational institutions do not have such an opportunity. So, in 2016 more than 150 companies took part in the practical training of cadets.

Verification of the legitimacy of the practice is the task of the heads of the department of the practice of educational institutions, noted Igor Safin, nevertheless, the cadets continue to provide fictitious documents.

The company’s specialists have developed their own method of determining the authenticity of the shipping practice.

«Within 2-minutes we can reveal a false qualification,» said Captain Safin.

The crewing director decided to solve the problem globally with the help of the concept developed by the UUCC Association, the essence of which is to create a single electronic register of seamen.

The certificate of SDCI (Ship Damage Control Instructions is one of the conditions of work at sea. Its presence is mandatory for all crew members, from the sailor to the captain. Seamen have to periodically take courses in the training centers and take exams, confirming skills in the occurrence of abnormal situations on board.

The SDCI courses in Ukrainian training centers today costs about $ 20. However, as Captain Safin noted, for $ 20 the training of SDCI cannot be conducted qualitatively.

Many private training centers do not have a suitable material base, so the training equipment is very expensive. This means that training is not carried out at an appropriate level, and the certificates issued do not correspond to the real training of the seaman.

The training centers should create a single tariff policy, where the minimum price will be fixed. This will improve the quality of training and, accordingly, the safety of crews on board, Igor Safin announced his version of the decision.

The vision of how to effectively eliminate the problems was voiced by Boris Prokhorenko, the head of the Association of Sea Exercise Centers, making a presentation on Problematic issues of training seafarers and assessing the cost of services. 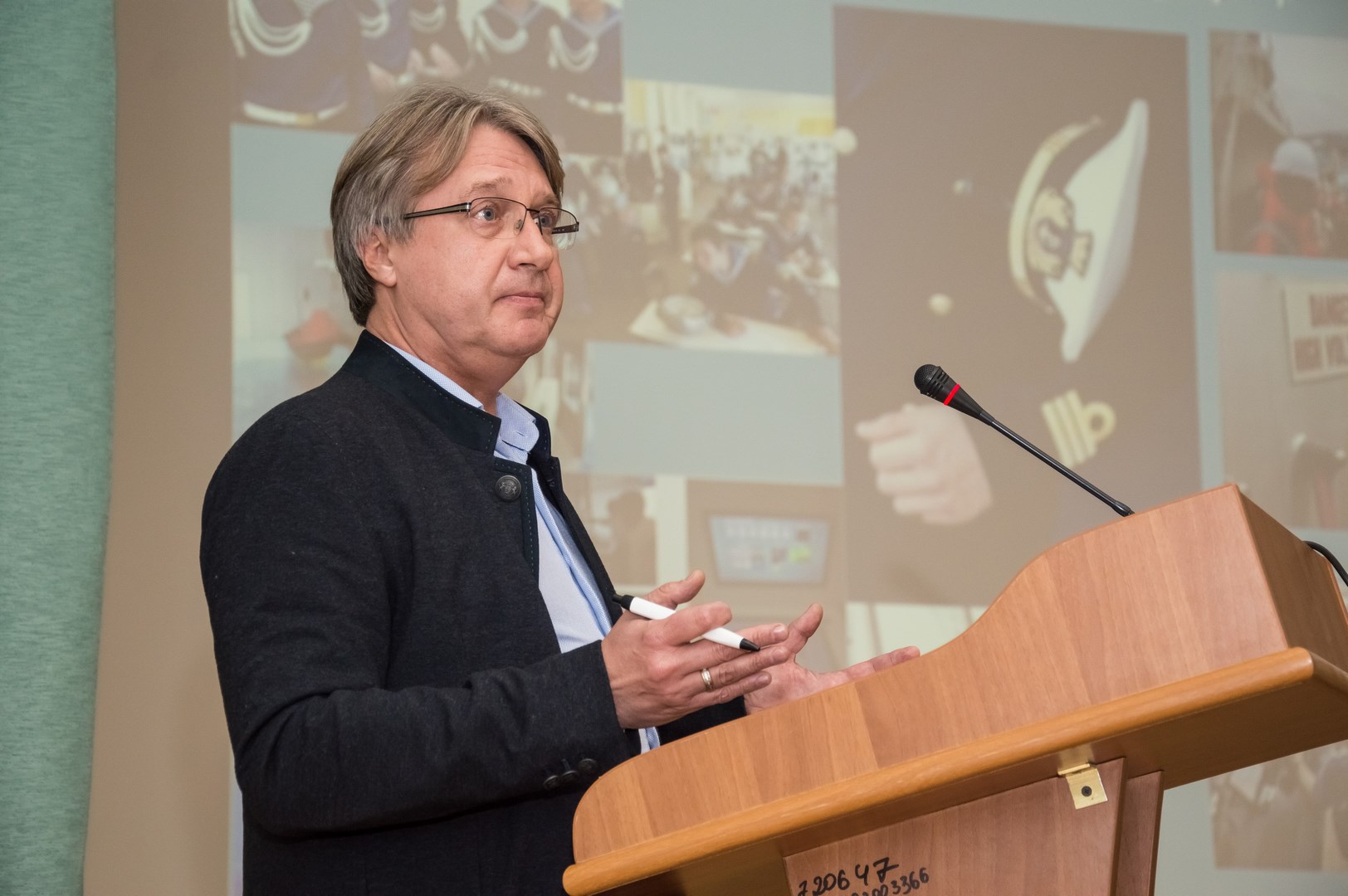 — It is necessary to create at the legislative level a model program that would regulate all the points, including the state verification of the activity of the training centers, — suggested Boris Prokhorenko.

Absence of a comprehensive state strategy for the development of the Ukrainian sea industry and the use of its potential; deterioration of the system of state management of the maritime industry, in particular, the system of training, certification and employment of seafarers; shortage of qualified specialists in the industry; a threatening number of corruption components in the sphere of seafarers’ diplomacy and employment — these are the results of the conference delegates.

The conference participants recognized that the professional association of business today is the only possible tool for effective lobbying of the interests of the education and employment system of seafarers at the national and international levels. Specialists also noted that a comprehensive solution to the issues of education, diplomacy and employment of seafarers is impossible without systematic targeted activity of the executive authorities of all levels and, following the meeting, decided to send an appropriate appeal to the Cabinet of Ministers of Ukraine. 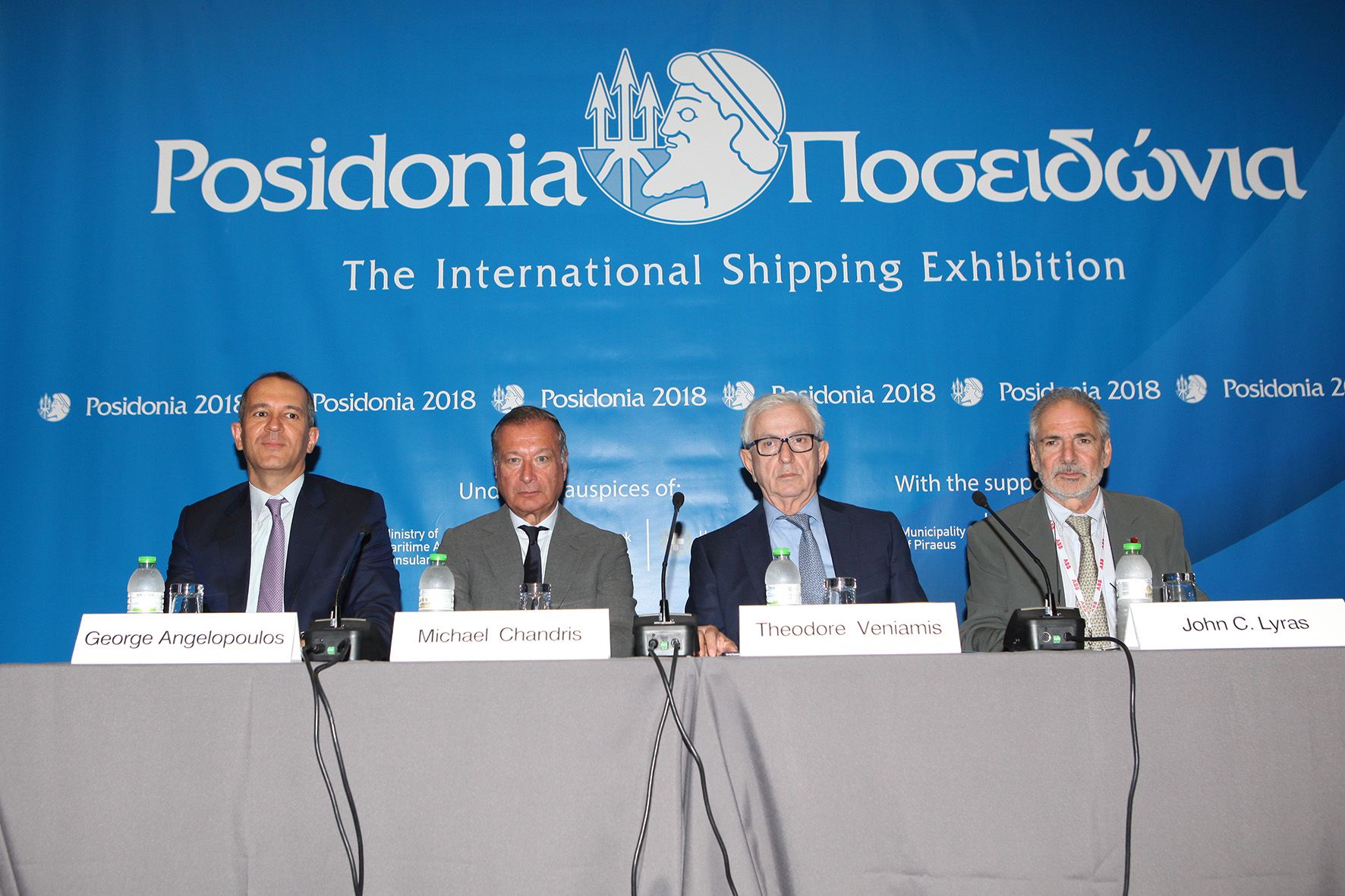 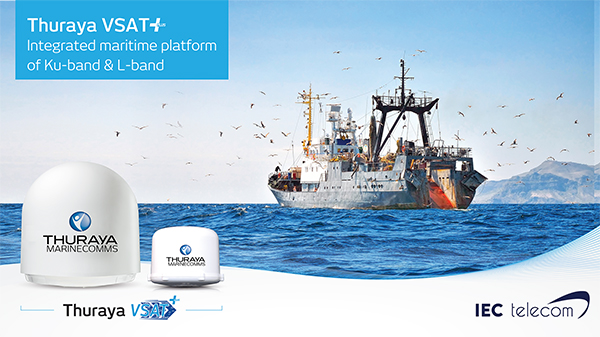 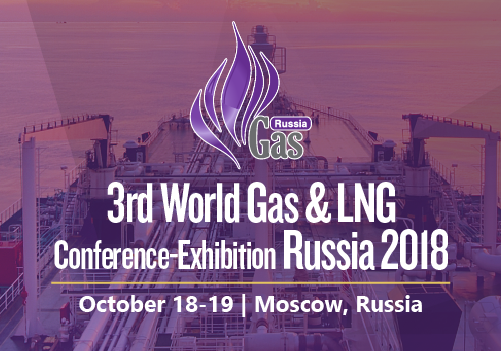 Dear Industry Peers, Our registration system will be closed on Oct. 15, and there’s only 1 week left for your official registration. We’re tremendously excited…