Tendencies, suggestions and forecasts: how to increase investments in port infrastructure

planning and development of the State Enterprise USPA

Investing in seaports in Ukraine is a frequent topic of discussion between experts, officials and business. What factors restrain cash flows to ports, who is responsible and what are the most effective ways of solving this problem.

Investment Trends in the infrastructure of seaports

The investment climate in Ukrainian seaports is rather risky, but the port infrastructure continues to be an attractive area for investments from existing customers and potential investors.

This is confirmed by the implementation of large-scale investment projects in the port industry, the commissioning of new transshipment capacities, the lease of state property facilities in ports. From 2014 to 2017 more than 400 million US dollars were invested in the creation of transshipment facilities by business.

Finally, private investors monitor and respond quickly to market trends, demand for products, and a change in the nomenclature of cargo flows through seaports.

The ratio of public and private stevedoring companies in the total volume of cargo transhipment has been a graphic indicator of trends in the last few years. So, if in 2012 the share of state stevedoring companies accounted for 39% of cargo handling, then in 2016 this figure is only 29%, that is today private operators hand over 71% of all cargoes of Ukrainian ports.

The bottlenecks of attracting investments

At the moment in the port industry of Ukraine there is a number of “bottlenecks” that do not allow to take full advantage of the opportunities and potential of Ukrainian ports.

First of all, the issue of land use and land tenure is not solved, both for the Ukrainian Sea Ports Authority (USPA) and state sea trading ports, and for private terminals.

The second point is the absence of a mechanism for compensating investments in strategic port infrastructure facilities, which is why investors are in a state of «constant risk». Problems are also added by bureaucratic legislation, which restricts or prohibits certain forms of investment.

The delimitation and updating of the seaport waters is another barrier to investment, as well as the lack of a clear distribution of the objects in the port areas between USPA branches and state stevedoring companies.

Some provisions of the Law of Ukraine On seaports of Ukraine have not yet received practical application, for example, issues of compensation for investments, delimitation of ports, port property distribution.

As a result of the reform, stevedoring in the seaports of Ukraine should be fully privatized. This would solve most of the chronic issues of the port industry. To solve the bottlenecks in the investment corridor of the industry, the Ukrainian Sea Ports Authority developed a package of basic and alternative proposals for implementing a set of legislative and other changes needed to create a comfortable investment field.

As the main ways to solve the «bottlenecks» in the USPA, it is necessary to adopt legislative and regulatory initiatives, projects on which the Ministry of Infrastructure has been working, and also further implementation of the port reform, joining a number of state stevedore companies to USPA branches, privatization / concession state stevedoring companies, revision of the policy of payment of funds from the lease of state property or concession to the state budget, as well as corporatization of USPA and in the future introduction of the Port-Landlord management model are to be done.

USPA’s proposal to join state stevedoring companies to its branches is to unite with Odessa and Mikolaev sea trade ports. Both Odessa and Mikolaev state trade ports today do not actually carry out stevedore activities, but act as parties to lease contracts for immovable and movable property, which is operated by private stevedores. The main source of income is rent income paid by private stevedoring companies under leases. The settlement of this issue will ensure the transfer of the financial burden of these enterprises, related to social obligations and expenses for the maintenance of balance assets, to USPA, which will ensure the maintenance of their operating conditions and social obligations.

In addition, the USPA proposed to the Ministry of Finance to privatize the SE Skadovskiy Sea Commercial Port and SE The Commercial Sea Port of Ust-Dunaisk, subject to guaranteeing the preservation of jobs during a certain period and the implementation of the corresponding investment program. The implementation of the project will ensure the priority privatization of these GPs after amending the law of Ukraine On the list of objects of state property rights that are not subjected to privatization.

Regarding the review of the policy of payment of funds from the lease of state property or a concession to the budget, the USPA proposes to change the percentage of transfer of rent to the budget in the direction of reducing such interest in favor of the balance holder of the leased property. In the short term, this will ensure financial stability of state enterprises, as well as an increase in the amount of capital investments in the main objects that are not in the lease.

If we talk about the corporatization of USPA, it should be noted that this form of management is widely known in the world and is most understandable for foreign investors. Currently, the Administration together with leading consulting companies is working on this issue and is developing a road map for USPA to transfer to this form of management.

At the same time, close communication with international companies, investors and operators is one of the alternative mechanisms for increasing the volume of investments in the port industry. During this year the USPA actively develops international partnership, including by concluding memorandum cooperation with the largest companies and organizations of the world level, in which the intentions of the Ukrainian Sea Ports Authority for the development of strategic facilities in ports are declared, and investors – on the development of ground infrastructure and providing it with appropriate freight traffic.

Forecast of cargo traffic through the seaports of Ukraine

USPA made estimated forecasts for 2022, 2030 and 2038 years on the volume of cargo processing based on the World Economic Outlook analytical report. According to the forecasts, three scenarios were developed: optimistic, probable and pessimistic.

An optimistic option projects that the average annual growth of cargo through the Ukrainian seaports by 2038 will be + 7%. Under the most pessimistic scenario, cargo traffic will grow by only 0.5%.

The most likely scenario assumes an average annual growth of up to + 3%.

In general, the comprehensive implementation of USPA initiatives to expand the investment corridor of the Ukrainian port industry will have a positive impact not only on increasing capital investment and development of port infrastructure, but will also provide a significant positive dynamics of cargo traffic growth in Ukrainian ports up to + 7% annually. 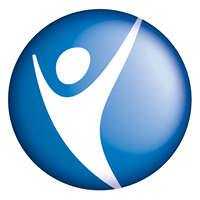 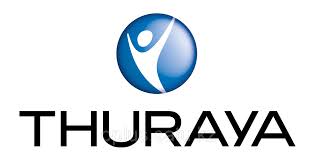